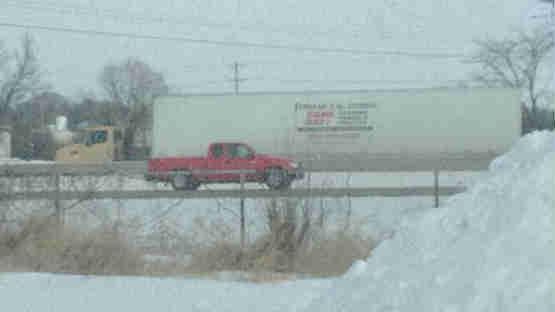 Blowing snow a factor in a series of crashes on icy roads, forcing local authorities to shut down a section of busy highway 41/45 Friday morning.

The highway was closed for more than an hour while first responders cleared multiple crashes in Menomonee Falls.

Even though traffic backed up for miles - closing the highway was something the Menomonee Falls Police Department had to do.

Three people were taken to the hospital from freeway crashes.

Authorities closed it down from the Milwaukee County line to Highway Q. Authorities said its a tough call to make because it's such a major inconvenience to people.

Menomonee Falls Police Assistant Chief Mark Waters says there's a balance between getting the freeway open for drivers quickly but also making sure people are safe.

\"This morning we had a situation where we had multiple crashes, with multiple cars and we had a large number of first responders and citizens out on the freeway,\" Menomonee Falls Police Assistant Chief Mark Waters said.  \"As a result of the icy conditions we determined that it was in the best interest of the community and the persons involved to shut down the freeway.\"

They are still investigating what caused each crash, but believe speed and icy conditions were main factors.
Share this article: