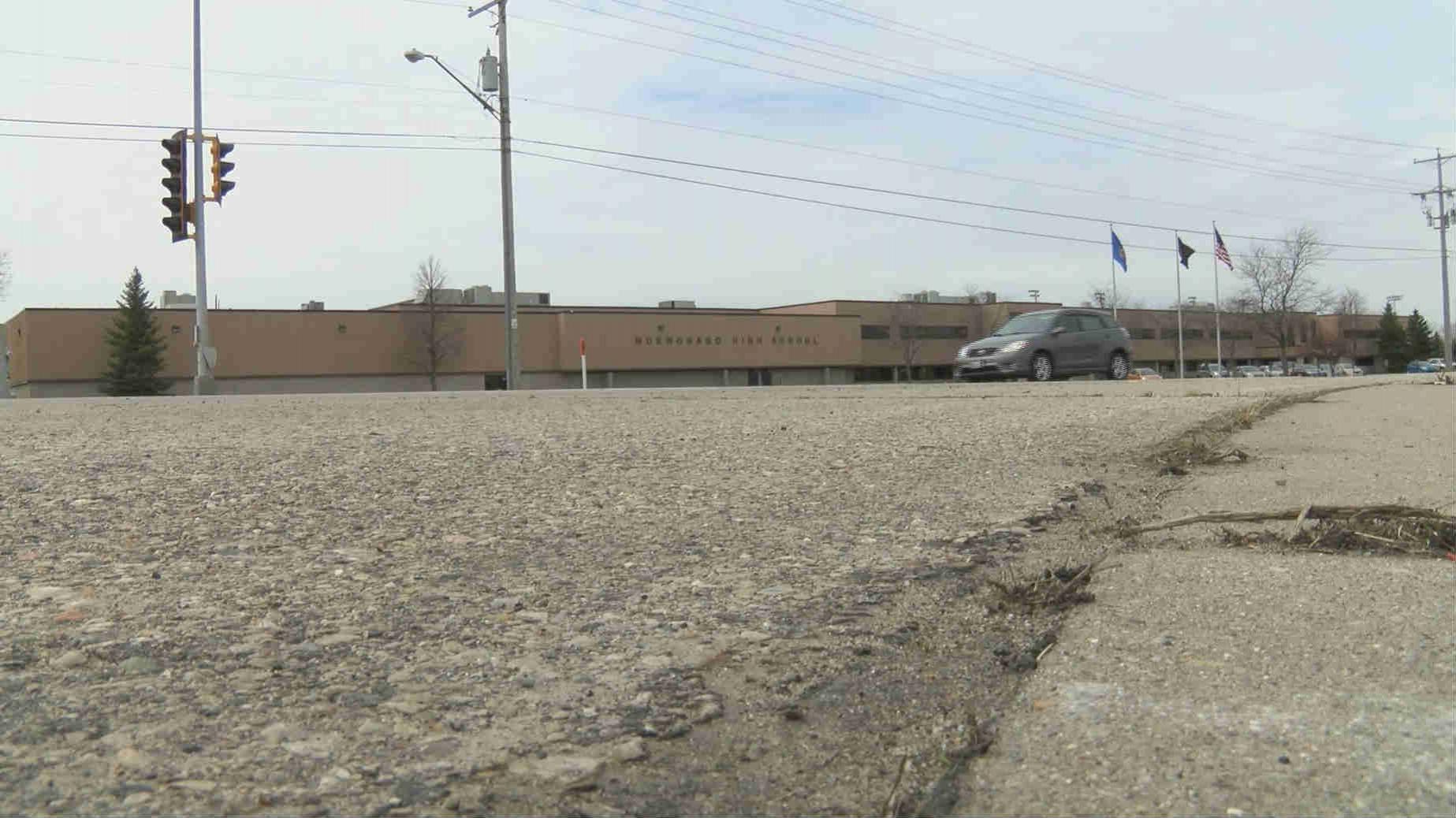 Radway knows the highway and School Road/Fairwinds Boulevard is a popular place for students to cross before and after class. But without proper crosswalk markings or sidewalks on the south side of the road it's always a bit of a risk.

\"There's a lot of kids that walk that way into town after school and they're crossing that intersection back and forth, so it gets pretty busy,\" Radway said.

It's a real-life game of \"Frogger\" school superintendent Shawn McNulty is tired of watching.

\"There is the possibility for an accident and we just can't have that,\" McNulty said while standing at the intersection Wednesday morning.

McNulty says concerns grew based on a growing population. When the roadway was rebuilt a decade ago, a subdivision across the highway didn't exist. Add in more pedestrians and snowbanks in the winter time and kids end up dangerously close to traffic and -- especially concerning to McNulty -- a stream of about 30 buses that use the driveway to turn onto Highway NN before and after school.

\"The students, more or less, are forced to walk in the driveway with all the traffic from the cars and the buses,\" McNulty said. \"That's just not a good recipe.\"

Early last winter, the district proposed adding crosswalks and sidewalks to the tune of about $45,000. April 21, the Village of Mukwonago Board agreed to pay about 80 percent with the county chipping in the rest.

\"Long past-due that this is being done,\" police chief Kevin Schmdit said.

Chief Schmidt boosts his patrols before and after school around the building and has seen some close calls. But Schmidt thinks the crosswalks alone won't do enough.

\"I'd eventually like to see this continue and a sidewalk eventually go in all the way [east to State Highway 83],\" Schmidt said.

The chief also wants to see the county drop the speed limit from 40 to 30 miles-per-hour, but students like Radway think the crosswalks will help.

\"if there was a crosswalk, i think people would for sure know where to go and not just be running across all the time,\" Radway said.

The school district will need to pay $25,000 itself for sidewalks on school property, money McNulty says the district has on hand and is more than willing to pay.

Construction could start by summer and should be ready by next school year.

The village board will consider extending the new sidewalks to State Highway 83, which is just under a half-mile. It will revisit the issue when costs are discovered.