MPD: Group of thieves use crowbar in business burglary near 11th and National 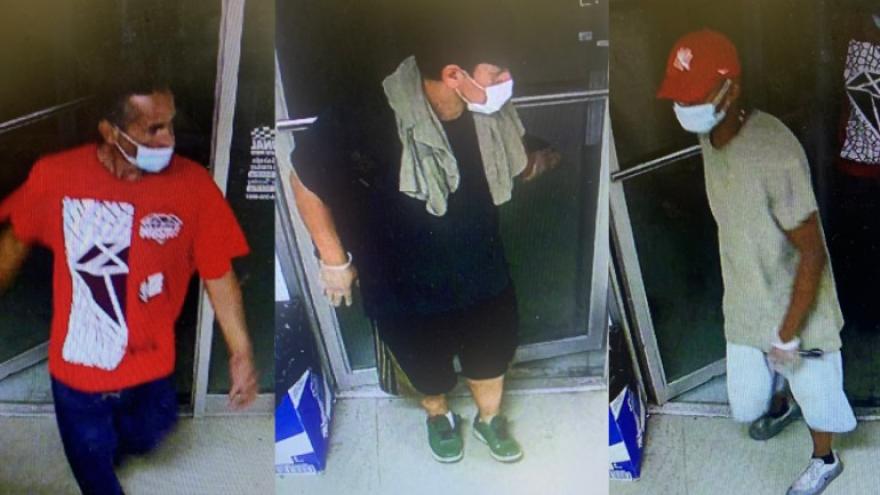 MILWAUKEE (CBS 58) -- Milwaukee police are looking to track down three suspects wanted in connection to a burglary that happened near South 11th and National on Saturday, Aug. 22.

Police say around 12:40 a.m., the suspects pried the door open of the business with a crowbar, stole property from inside and fled.

Police describe suspect one as a male with a light skin complexion, wearing a white surgical mask, a light colored towel or shirt around his neck, a black or dark blue T-shirt, clear plastic gloves, black shorts with tan and stripe designs on the legs, white socks and green shoes.

Suspect two is described by police as a male with a brown skin complexion, wearing a red cap with a white design on the front, a light color surgical mask, a tan T-shirt, light colored shorts, black socks and light colored Nike shoes.

Suspect three is a described as a male with a brown skin complexion, wearing a light color surgical mask, a red T-shirt with white and black designs on the front and blue pants.

If anyone has any information regarding these suspects they are asked to call Milwaukee police at 414-935-7360 and Milwaukee Crime Stoppers at 414-224-TIPS.