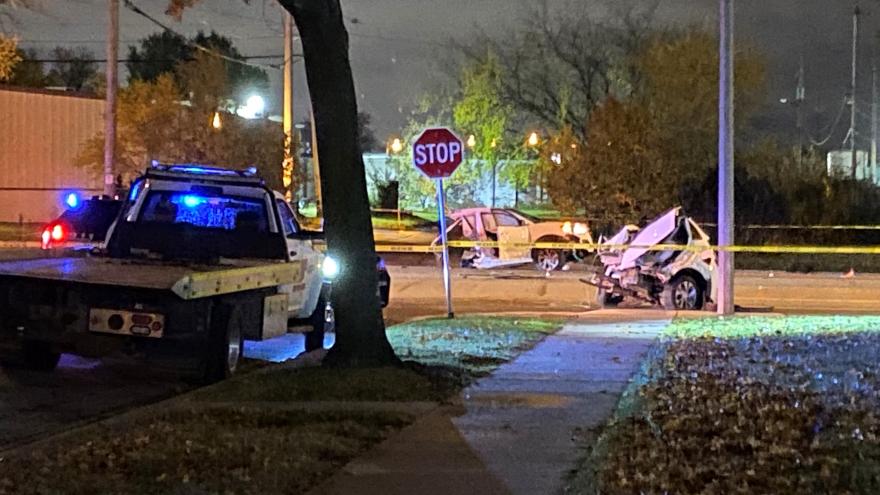 MILWAUKEE (CBS 58) -- Authorities identified the 16-year-old who was killed in a crash near 36th and Lincoln in Milwaukee.

According to a report from the Milwaukee County Medical Examiner's Office, 16-year-old Giovanni Florentino was likely a rear passenger of a  stolen 2021 Hyundai Tuscon along with his 13-year-old brother.

Officials say the vehicle was traveling eastbound at a high rate of speed, estimated to be between 80 and 90 miles per hour. The driver lost control, struck a tree, and the vehicle was sheered in half and separated between the front and back seats.

Authorities say there was minimal damage to the front seats and extensive damage to the back seats. Witnesses reported Florentino and his brother were ejected from the vehicle and two other individuals fled the scene.

Florentino was pronounced dead at the scene. His 13-year-old brother was taken to Children's Wisconsin in critical condition.

MILWAUKEE (CBS 58) --  A 16-year-old is dead and a 13-year-old is in critical condition following a reckless driving crash near 36th and Lincoln in Milwaukee.

Police say prior to the crash, the vehicle was driving recklessly and struck a tree.

The vehicle sustained major damage and the two teens inside were ejected.

While police haven't released the name of the 16-year-old who died, CBS 58 News spoke with his sister who said she pleaded with him, like many activists do, to not go on a joyride.

Community activist Tracey Dent said his heart goes out to the families.

"I mean come on, these are babies that are dying out here, these are our children," said Dent.

Dent said he's working to get the police, district attorney, and others across the county on the same page about making stricter consequences for things like this, and give more resources to show kids a different path.

"We all need to start pooling resources together and work together to stop this, or even just slow them down," said Dent.

Anyone with information on this crash is asked to contact Milwaukee police at 414-933-4444 or Crime Stoppers at 414-224-TIPS or P3 Tips App to remain anonymous.