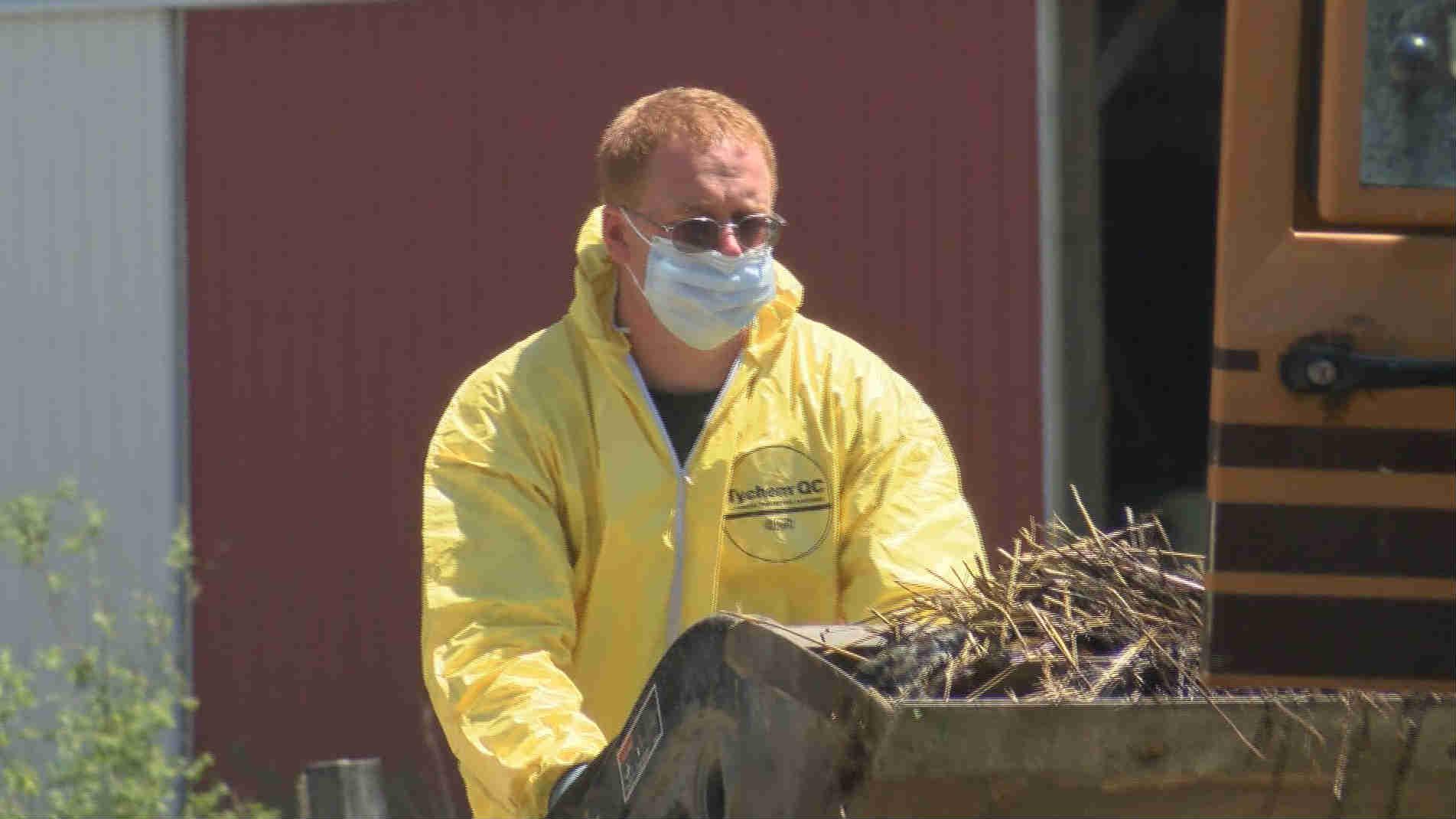 \"I cannot remember a case where we've had this much death on one farm,\" Beth said on a farm along the Kenosha-Racine County line.

The sheriff's office and firefighters worked to clear more than 30 dead calves from the farm just east of Highway 75 in the town of Paris. It's one of two properties, owned by the same family, that deputies were tipped off to Friday afternoon. The other farm, a few miles away on Highway 75, had more than 50 dead calves.

\"The first barn had probably two feet of animal waste on the floor built up,\" Beth said. \"The calves that were inside the barn were stepping over other animal carcases.\"

The son of the family told the sheriff he bought the calves in the last year and was simply overwhelmed. The man lost his leg in a farming accident six years ago.

About 100 cows survived at the county-line location and seem to be in decent health. But just 15 made it out of the other farm. Sheriff Beth took those calves to his nearby horse farm for the time being.

\"It appears animals would get sick and would be left to rot,\" Beth said. \"You don't do that.\"

\"It was a heartfelt, you know, 'I feel terrible that this happened' and I believe him,\" Beth said. \"But we still have to deal with the situation at hand.\"

The sheriff and the family met Saturday afternoon to figure out what to do with the farms and the surviving animals. Local farmers could step up to take the cows in. The district attorney hasn't filed criminal charges yet, but the sheriff tells CBS-58 News they're \"very likely\" to come.