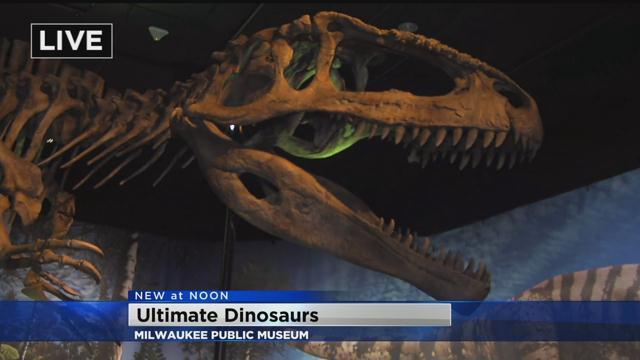 He looks like a T-Rex, but he's actually a bigger and badder cousin, called the Giganotosaurus.

This is the biggest dinosaur to ever roam the earth.

He's just one of several, never before seen dinosaurs making their Milwaukee debut this weekend.

Many are Southern Hemisphere dinosaurs that were recently discovered.

The traveling exhibit features cutting edge technology to showcase these incredible creatures in all their glory.

Including games, simulations, and other special features to appeal to visitors of all ages.

The display opens to the public on Sunday and will be here until May 15th.