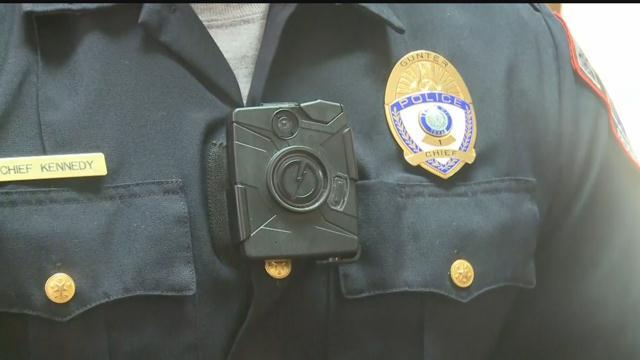 The Milwaukee Police Department (MPD) is about to put the next set of body cameras on the streets. The 179 cameras, that are already in use, have been getting a warm reception from MPD officers, and they've collected a lot of footage. Numbers, released Thursday at the meeting of the Milwaukee Fire and Police Commission, show that 8,600 hours of video were captured and 44,000 videos total were made since the body camera program started in October. That equals about 383 videos per day on average.

The Milwaukee Police Department made public two of the videos. One of the most graphic videos shows police defusing a home invasion back in December. The video captured a negotiator talking with the suspect, followed by a trade of gunfire between police and the suspects. The second piece of video was given to CBS 58 following the traffic stop of Senator Lena Taylor's 16-year-old son. Taylor said her son was stopped on the north side of Milwaukee last year. The video captures cross-talk between officers and Taylor's son whom, she said, was terrified, even though officers said he wasn't in trouble.

At tonight's commission meeting, a concern was revealed.

"They're having problems with the winter caps and the much bulkier coats," said Sgt. Doug Wiorek. "You start talking those large fur collars, that's when it becomes a problem. We have officers trying to move things around and find what works for them to keep the equipment safe and also provide the view that they need."

The department is working with the camera manufacturer on different types of mounts that may work better with the officer's winter clothing. Around 280 more cameras will be put in to use in March, and training for them begins on Monday.

Police chief Ed Flynn says it's a work in progress, but says officers are happy with the body cam program overall.

"They're glad to have a form of electronic backup, it's an extra witness for the cases they bring to court, an extra witness that demonstrates that they do the right thing," Chief Flynn said.

CBS 58 was told, Thursday, that all of the cameras the city has are expected to be in use by October.