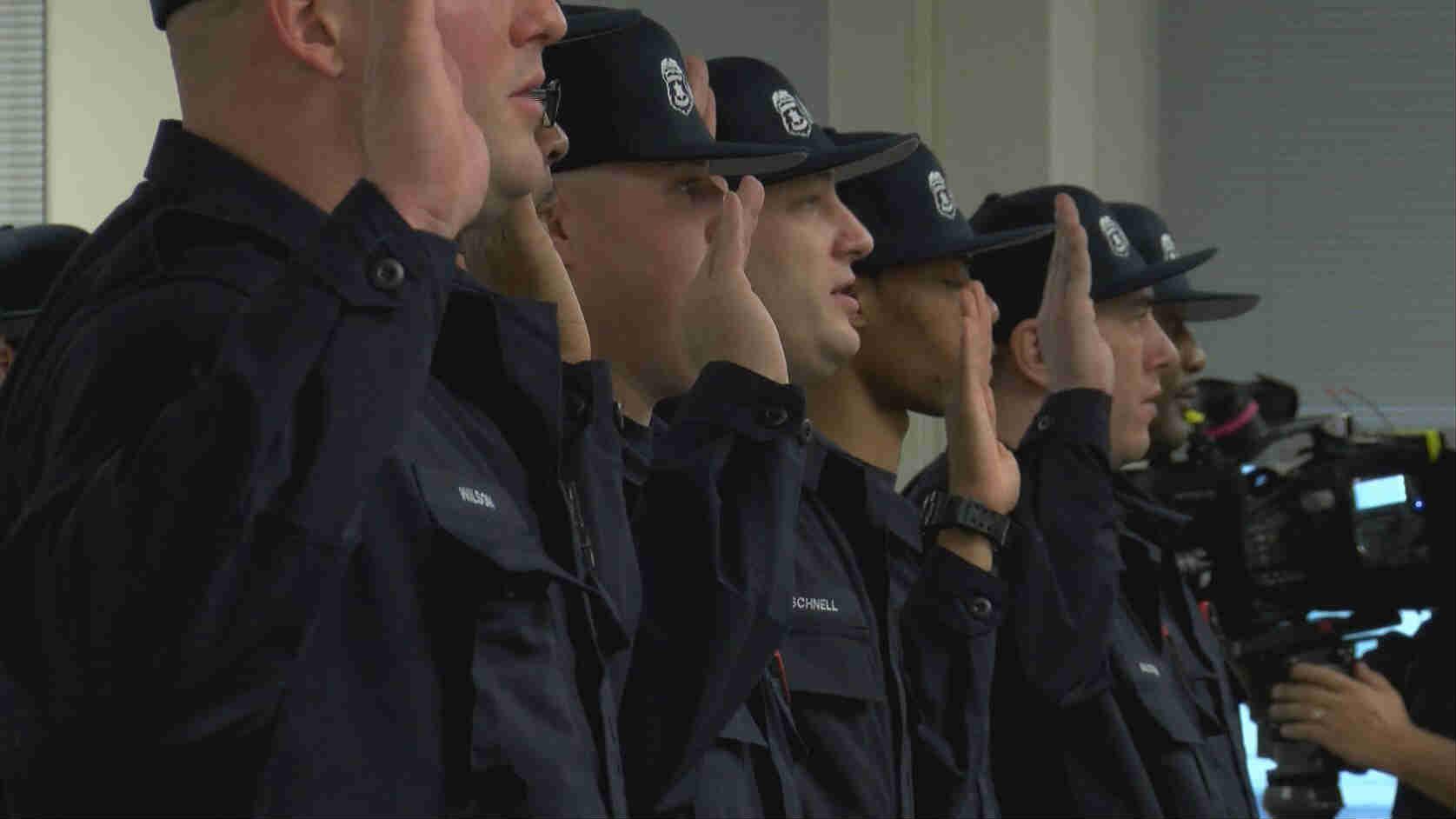 The Milwaukee native will train for six months to become a Milwaukee police officer at a time when protesters fill the streets and committee meetings demanding justice for the shooting death of Dontre Hamilton.

\"Integrity,\" Malafa said of gaining the public's trust.  \"I think that one is big, especially in today's world. Another is restraint.\"

\"We never, ever, ever have a shortage of people who want to join this department,\" Milwaukee mayor Tom Barrett said after Monday's ceremony.  \"I think there's several reasons.  It's got an excellent reputation. The training is phenomenal.\"

Chief Ed Flynn fired Manney in October, not for using his weapon, but for not following his training in that situation.

\"The challenge is really to train [recruits], counter-intuitively, to be able to relax enough in a stressful situation to size it up, assess it and communicate it,\" Flynn said.

Flynn told the class each day is a test and admits some people will always resent police. But the chief thinks protests actually help attract quality recruits.

\"If you think there's something wrong with any institution, whether it's education or policing or public health, change comes from within,\" Flynn said.

\"These aren't new challenges,\" recruit Ryan Kendall said.  \"It's just how we handle these challenges that will actually make or break us.\"