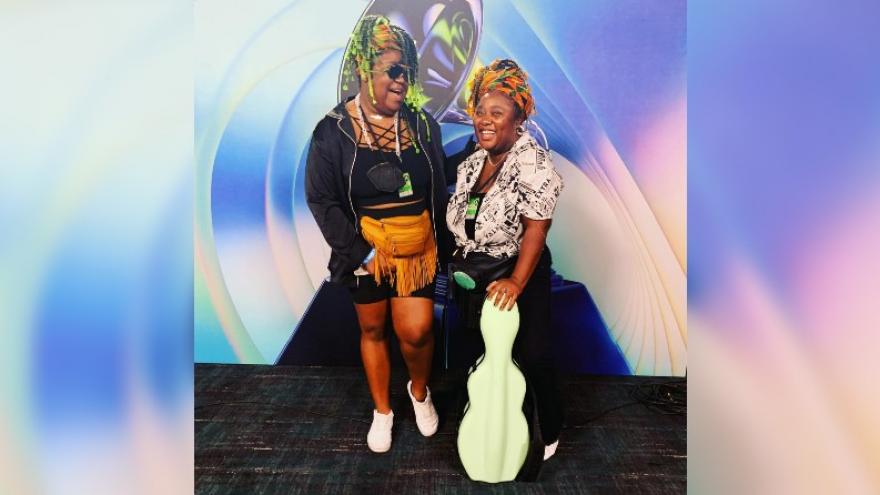 LAS VEGAS, Nev. (CBS 58) -- Chauntee and Monique Ross grew up on Milwaukee's north side. These days, they perform together calling themselves "SistaStrings." You may not have noticed them during the 2022 Grammy show, but they were part of the festivities.

Chauntee Ross plays violin and Monique Ross plays cello. They performed with singer Allison Russell at the Grammys "Premiere Ceremony." It's a show before the televised show at which many of the Grammy awards were handed out.

SistaStrings performed in the dark as part of the string section for singer Brandi Carlile on the televised show.

Before all that, they posted a message on their Facebook page about their journey since January.