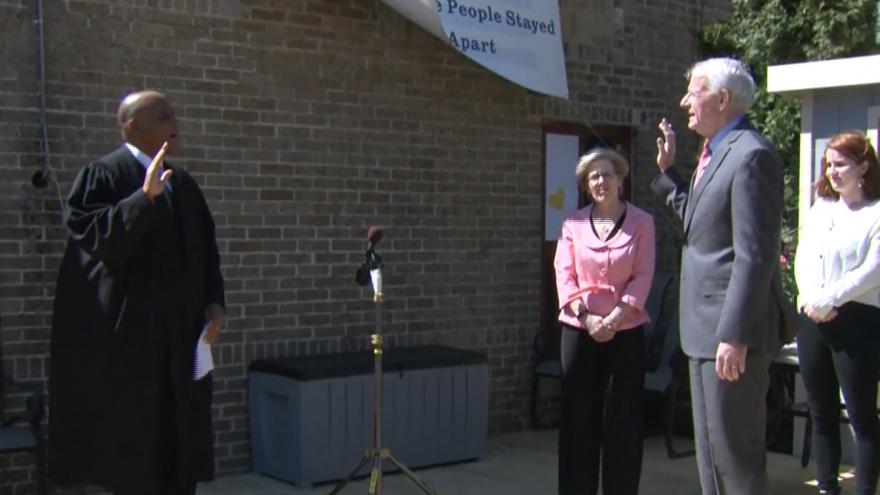 This ceremony was a little different than in year's past.

Mayor Barrett took the oath outside of his home, where he's been working fro weeks to maintain social distancing.

Barrett says to squash COVID-19 we need to take actions that are bigger than ourselves.