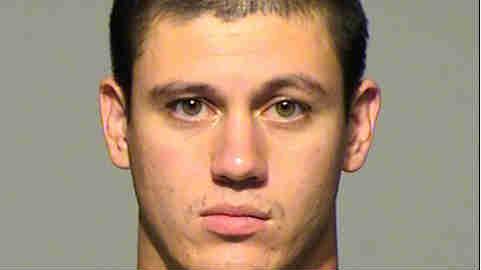 A truly creepy story is coming out from West Allis. Several girls reporting being followed by a car that would circle them as they walked home.

At one point the person in the car dropping a package in the street.

Police received several reports of this happening in late September and early October.

They say Konrad Peters, 28, of Milwaukee was staking the girls, dumping the sex toys in the street and then videotaping the girls' reactions.

The details are laid out in a criminal complaint that was made public on Monday.

One chilling account is from two 14 year old girls who say they were followed from Liberty Heights Park near South 62nd Street and West Lapham Street.

\"At about 4:00 p.m., the children left the park and walked down alleys toward JMG's home located near S. 66th St. and Burnham in the City of West Allis, County of Milwaukee, Wisconsin. When the children were about two blocks from JMG's home, SJK noticed that a black four-door sedan-style car appeared to be circling the blocks. This black car would slow as it drove by the children.  When the children reached the alley between the South 65th and South 66th Streets just north of Burnham St., the same black car drove down the alley towards the children. The car stopped about 100 feet in front of the children. The driver opened his door and placed an object on the ground. The driver then shut the door, and drove past the children in the alley. As he drove past, the driver slowed down. This \"totally creeped out\" JMG. Both JMG and SJK did not get a good look at the white male driving the car because they avoided eye contact and felt threatened by him. JMG and SJK walked toward the object, which was a \"giant purple dildo\" wrapped in plastic packaging. JMG turned to see if the black car left but then saw the car parked north of them. The driver was \"just sitting there staring at them from his car with the driver's side window rolled down. SJK and JMG ran into JMG's home, which was about fifty feet from the dildo. They waited inside for about ten minutes, then came out to look at the dildo again \"because they were curious.\" It was still there. But then JMG saw the same black car driven by the same man drive up and block the alley near West Burnham Street. The teens screamed and ran back into JMG's house. They locked the doors.\"

Based on this account, the accounts of other children, and surveillance video, police were able to track down Peters using his car license plate.

Investigators say they searched his garage and found dozens of other sex toys and videos.

A camcorder belonging to him had more than  50 videos, including seven featuring young teenagers.