Milwaukee high schoolers participate in study about concussions and academics

MILWAUKEE (CBS 58) -- Researchers at the University of Wisconsin-Madison are recruiting high schoolers to participate in a pilot study about concussions and academics. Most participants so far are from the Madison area, but some players from the Milwaukee Jr. Admirals have signed up.

Alex Henneberry is one of those players. The 15-year-old is normally out on the ice with his teammates, but not lately. He recently got a concussion during a game. 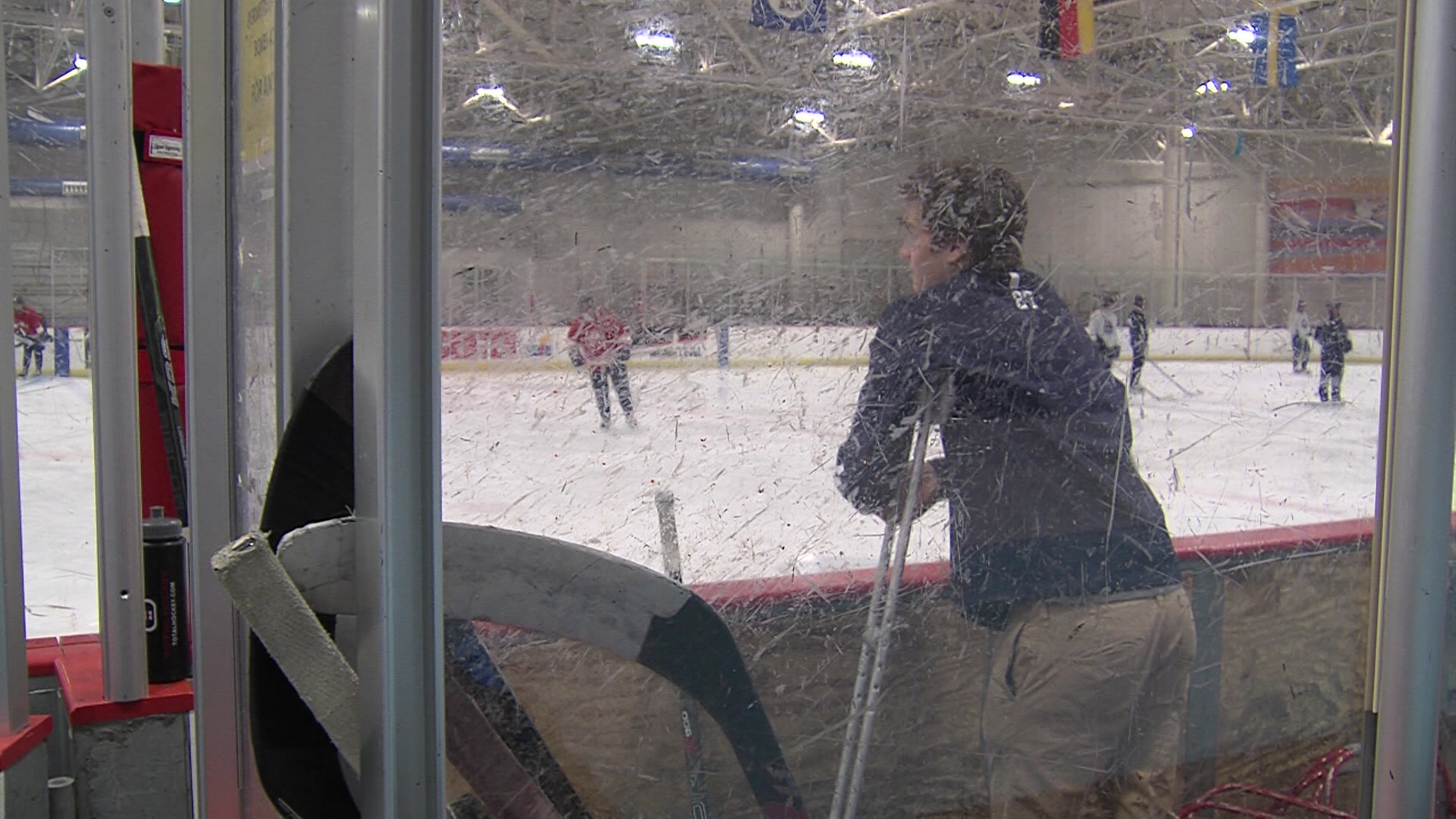 "I got elbowed in the back of the head and the temple and I just hit my head on the ice," Henneberry explained.

While he’s recovering, he'll participate in a new study looking at high school students and the impact concussions have on academics.

Researchers at the University of Wisconsin-Madison just did a similar study with college students. CBS 58 Morning News anchor Jessica Tighe traveled to Madison to talk with the lead researcher. Traci Snedden tells her they did find a link between concussions and academic struggles.

"Those who did report concussions had significantly more issues in the classroom. Specifically, difficulty taking notes, difficulty focusing, needing more time to complete projects, unable to keep up with reading, persistent headaches that went across their study time,” Snedden said.

“During testing, during school, we have chromebooks and just looking at computer screens, I get worn down and a little bit nauseous,” he said.

Henneberry will complete four surveys over a four-week period. There are 20 questions on each one. Parents get a survey too.

Jr. Admirals Coach and Hockey Director Matt Murray urged his players to sign up. He says he sees about two to three concussions a season among his team alone.

"Any research we can help with and work with to try to gain knowledge on concussions is going to benefit our players and all players who play contact sports,” Murray said.

The researchers say high school students are a key age group to focus on.

"They're becoming more independent. They're taking large high stakes exams. Some of them might be sitting for an ACT or SAT test,” Snedden said. “Despite the fact that we're seeing positive results in recovery, what's going on in those three weeks academically that could be affecting later life decisions?”

Snedden hopes to present the findings by summer. The goal is to provide recommendations that schools across the state would use to make sure students are supported when they return to class after a concussion.

The researchers at UW-Madison are still looking for high school students to get involved with the study. If your child’s high school or club team is interested in participating, reach out to Traci Snedden.