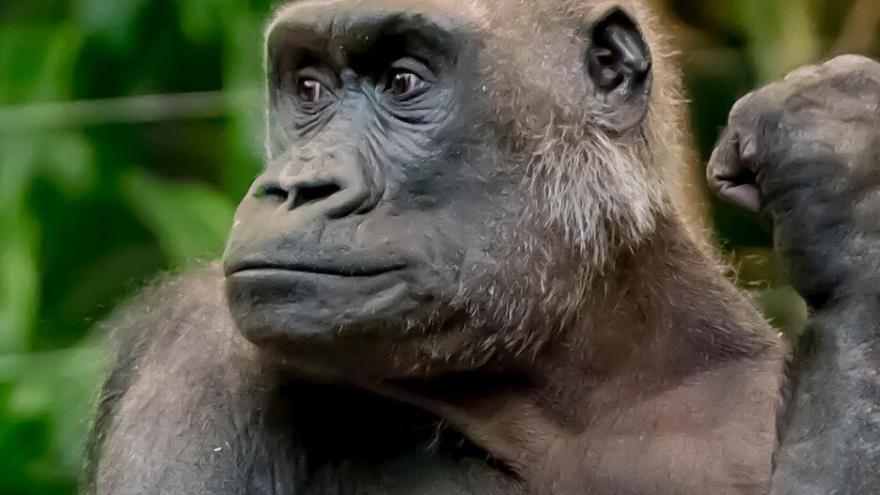 Zoo officials say keepers noticed Naku appearing more tired than normal on Friday but she was still responsive and continued to eat and drink. After 24 hours of non-stop observation, including primate staff sleeping near Naku's side into Saturday, the Zoo made the decision to anesthetize her for an exam.

Based on bloodwork, Naku was found to be septic, and an emergency surgery was performed by a veterinary surgeon. The surgery found that Naku had a necrotic bowel, meaning a portion of the intestine had died and was no longer functioning. The Zoo says the veterinary team assessed that Naku would likely have less than a 10% chance of survival with further surgery and that rehabilitative care would have resulted in a poor quality of life. The Zoo then made the decision that she be humanely euthanized.

Naku is the second gorilla to die in three weeks, after the April 12 death of Cassius.

The remaining group of gorillas includes adult female Shalia, the younger Sulaiman, and Naku and Cassius' 8-month-old offspring, Zahra. There are also two adult male gorillas. The Zoo says as a precautionary measure, all of the gorillas are on antibiotics and are now in quarantine.

It's unclear whether Naku's necrotic bowel was caused by a viral, bacterial, or environmental situation. The Zoo says their staff is collecting environmental samples from the indoor Gorilla Exhibit for testing and that it is also working with its pathology and lab partners to see if there is a link between Naku and Cassius' deaths.

Zookeepers have given Zahra visual access to both Shalia and Sulaiman in the hope that Shalia may eventually act as a surrogate mother for Zahra, but say after close observations it's believed she may do best with human-assisted rearing. The Zoo says they are currently receiving help from other zoo professionals who have worked in similar situations.

The Milwaukee County Zoo says Zahra was examined at the same time as Naku and she showed no abnormalities.

The Zoo says animal staff will continue to address both the medical and changing social needs of the gorillas. They say the entire troop will be off exhibit indefinitely until Zahra has adapted to whatever situation is deemed best for her.