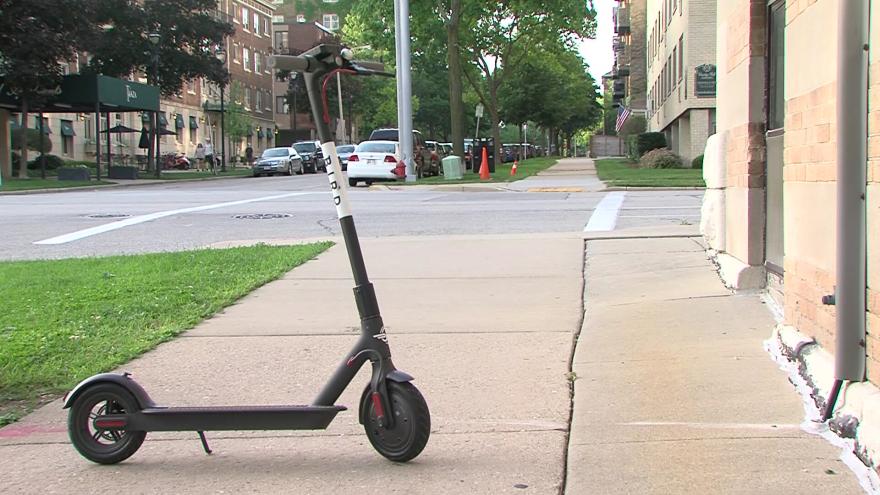 MILWAUKEE (CBS 58) -- Motorized scooter companies, like Bird, will soon be able to operate in Milwaukee again.

The Milwaukee Common Council just passed an ordinance one day after Governor Tony Evers signed a bill legalizing them in the state.

The ordinance creates a pilot program that allows companies like Bird to apply again to operate in the city, but it also establishes regulations in hopes of keeping everyone safe.

A year ago, Bird dropped hundreds of scooters throughout the city.

The city then sued the company because riding motorized scooters on streets and sidewalks was illegal and Bird removed the scooters back in August of last year.

That all changed this week when Governor Tony Evers signed a bill allowing them but stipulated that municipalities could regulate them.

Under the new city ordinance, scooters would still be banned on sidewalks and violators will face fines.

If the relaunch creates safety problems, the city has the authority to ban them again.

Fourth District Alderman Bob Bauman sponsored the ordinance, but still has reservations about how it will play out if companies like Bird return to the city.

"I will not support this now,” Borkowski said, “I think it's a common sense issue and maybe I’m old fashioned, maybe time has passed me by, but I hope that we don't have the problems and the lawsuits."

There was also concern about whether or not violations, like people riding on sidewalks, will be enforced by Milwaukee Police or not.

Mayor Tom Barrett is expected to sign the ordinance and companies will be able to start applying for licenses within a couple of weeks.