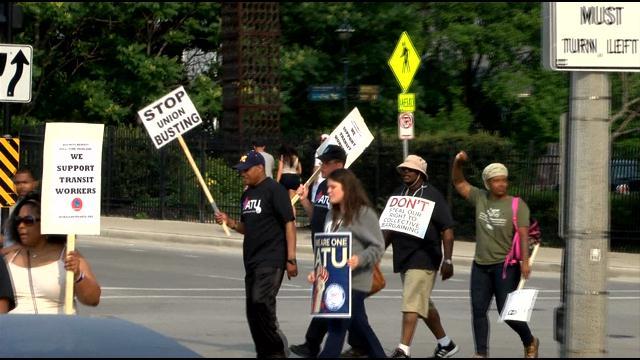 There's been no movement in contract negotiations as of yet, but the Milwaukee bus union's president says service will resume Saturday morning at 3 AM.

Today, a protest was held outside of County Executive Chris Abele's condo. The location, on the Park East land was chosen specifically because the union and drivers believe the profits from the sale of the $9 million land could be used in contract negotiations with the drivers, though Abele wants to sell it for one dollar to the Milwaukee Bucks.

The protest went up and down Old World Third Street, stopping traffic as it moved. Union members say it was a rally to show more than just drivers are in support of the changes to bus drivers' contracts.

Union president James Macon says, while service will resume Saturday, he cannot guarantee they will not go on strike again.

In the meantime, Abele is offering free bus rides on Monday as a way to make up those lost during the strike.