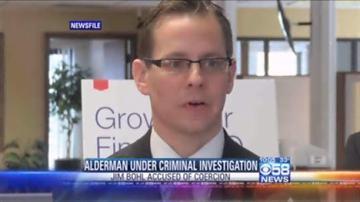 The Journal-Sentinel was first to report the probe, which is focused on Bohl's efforts to have two convicted sex offenders evicted from a property within his district on the city's northwest side.

He reportedly hit a landlord with a number of code violations, then wiped the record clean once the offenders had been removed.