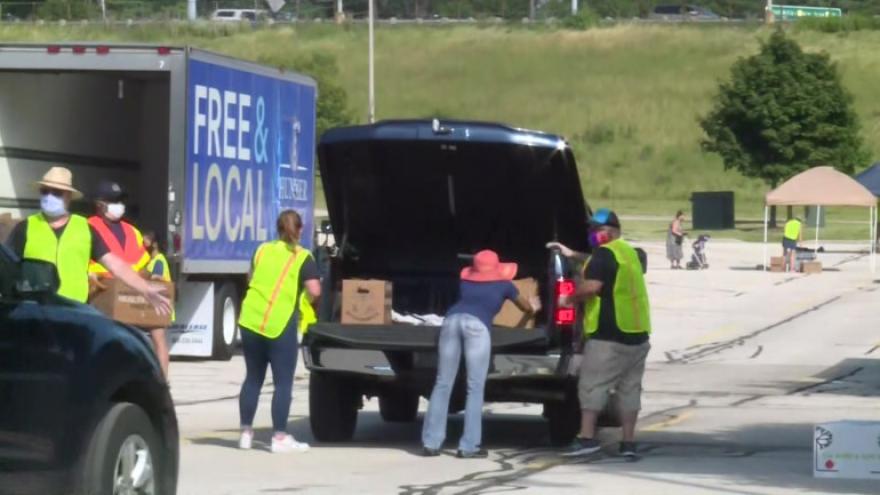 MILWAUKEE, Wis. (CBS 58) -- With threats of evictions and foreclosures across Milwaukee, it’s clear that help from the federal government is needed.

Sherrie Tussler, executive director of the Hunger Task Force, said the need for their services is so high this year it can’t even be compared to previous years.

She said a $600 stimulus check doesn’t go as far as one might think.

"The average monthly rent in the city of Milwaukee is more like $800 to $1,000 so putting it in context, someone might be able to pay a portion of their month's rent and stave off losing their housing," Tussler said.

Under the COVID-19 relief legislation passed by Congress, each person making up to $75,000 would get a $600 stimulus check plus $600 for each child.

But on Tuesday, President Donald Trump is now asking that the $600 checks be increased to $2,000. His last-minute demands are throwing the relief package in doubt. It’s a move local political expert Mordecai Lee says he didn't see coming.

"I think that President Trump, it's fair to say, has been pretty disengaged from the day-to-day life of the federal government over the last couple of weeks. And that him suddenly saying, 'I don't like this' is quite a surprise when you compare it to the way he's been for the other relief bills and when the Treasury secretary participated in the negotiations," said Lee, a professor emeritus at University of Wisconsin-Milwaukee.

Democratic U.S. Sen. Tammy Baldwin criticized the president on Twitter, saying: "Sadly Trump forgets about the plan I put forward in March to provide $2,000 stimulus checks that Mitch McConnell has rejected for 9 months. In fact, Senator Johnson opposed $1,200 checks last week. If they have all woken up to what people need in this crisis, great, let’s do it."

Despite broad bipartisan support for the relief package, every Republican lawmaker from Wisconsin voted against the bill. GOP Sen. Ron Johnson said in a statement he wants to see relief that is more targeted to those who need it.

The relief package also includes a 15 percent increase for the food stamp program, which she called a "modest" increase.

"It's a little troublesome that we aren't focusing on critical need," Tussler said.

More than half the people in Milwaukee County rent their homes, but paying bills is getting more challenging. Many people are facing evictions and foreclosures.

"We’re working with a lot of households that simply won’t be able to pay their rent," said Deb Heffner, housing strategy director for Community Advocates.

The relief package also adds rental assistance and extends a federal moratorium on evictions, which Heffner called a “temporary fix." But she said she's optimistic that help is on the way.

"So many people are still experiencing financial hardship so we were hanging on tight, hoping for this package," Heffner said.