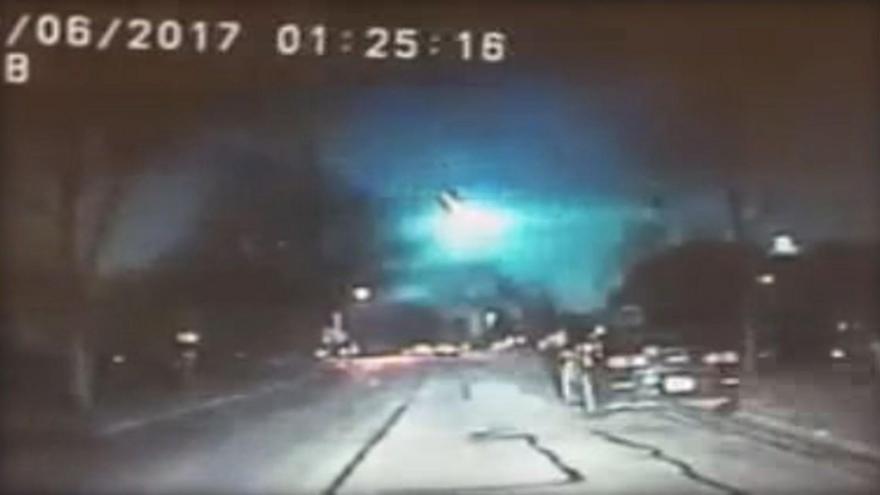 An apparent meteor streaked across the Midwestern sky early Monday morning.  The American Meteor Society has received more than 170 reports of a fireball crossing the Wisconsin sky around1:25 AM.   The green fireball was seen in Wisconsin and Illinois, but the AMS has received other reports of seeing the fireball from Michigan, Indiana, Ohio, Iowa, New York, Kentucky, Minnesota and Ontario, Canada.

The AMS estimates the trajectory of the meteor as traveling from the southwest to the northeast, ending its flight over Lake Michigan somewhere between Manitowoc and Sheboygan.

"I think it's the universe way's of saying hello," says Jean Crieghton of the UW-Milwaukee Planetarium who says the space debris was probably only the size of a pea.

"It experiences a lot of friction. It's traveling pretty fast. Tens of thousands of miles an hour. So, it makes the air around It glow."

Creighton believes the streak of light in the sky Monday morning was bigger than a typical meteor.

"Sometimes what enters the atmosphere is about the size of an orange and that's what creates a fire ball.The definition of a fireball is that it outshines the moon."