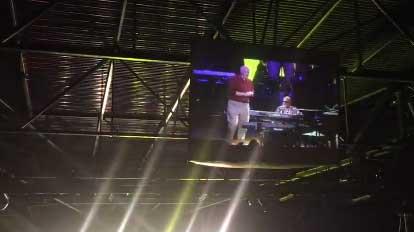 Milwaukee Mayor Tom Barrett was called on to the stage during the Stevie Wonder concert.

His dancing has gone viral.

Khaotic Lounge tweeted a video filmed of the dancing.