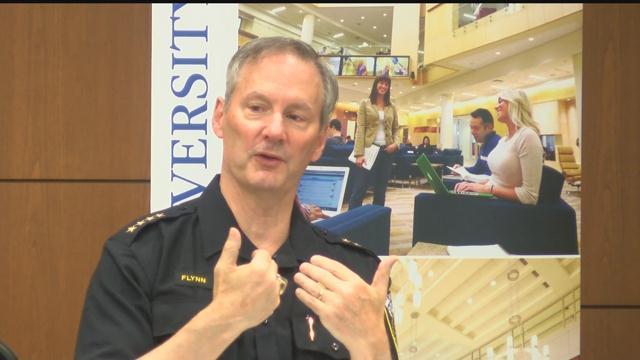 U.S. Rep. Jim Sensenbrenner, former U.S. Attorney General Michael Mukasey and Milwaukee Chief of Police were among the featured guests for a conference on National Security at Marquette University

A topic at the event was what impact did September 11th  have on national security and individual liberties?

"I think it's important that these kinds of issues explored in a public setting because people's understanding of these issues is vital to the survival of this country,” said Michael Mukasey/ former US Attorney General.

Mukasey is the former us attorney general he served under President George W. Bush.

Hspoke to the hundreds who attended the conference about how much national security and individual liberty has changed since 9-11.

He touched on how local and federal agencies work together.

On September 11, Flynn was the police chief in Arlington, Wirginia where American Airlines flight 77 struck the Pentagon.

He said since the communication and relationships between local law-enforcement agencies and the FBI has improved tremendously.

"We have put together intelligence fusion centers that are staffed by multiple agencies. We have put together a task force that work together seamlessly because as much squawking as they're wise for what the FBI was sharing, for the localities the bigger issue was, localities wanted to know what did the FBI need from us what should we be looking out for,” Chief Ed Flynn/Milwaukee police said.