Marquette Law Poll Comments on Being Wrong on the Election 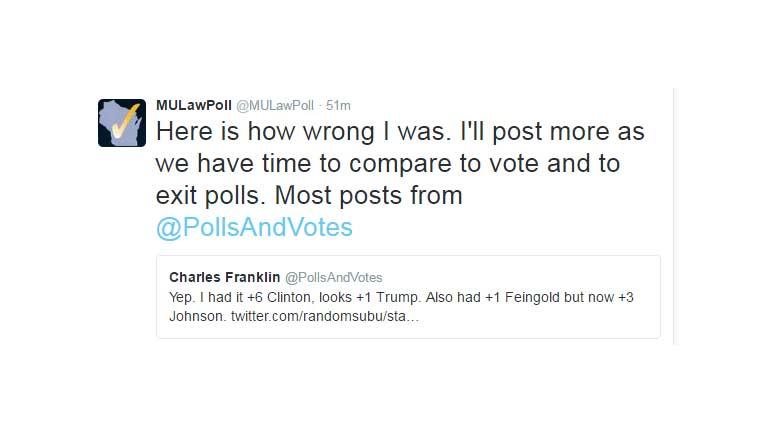 Marquette Law School tweeted on Wednesday morning about being wrong with the final Marquette poll for the presidential election.

Here is how wrong I was. I'll post more as we have time to compare to vote and to exit polls. Most posts from @PollsAndVotes https://t.co/4lc3LbKEVX

In exit-polling, nearly 70 percent of voters overall said they're unhappy with the way the government is working, and a quarter of them said they're outright angry.