Many Trying to Spread Positivity at Sherman Park 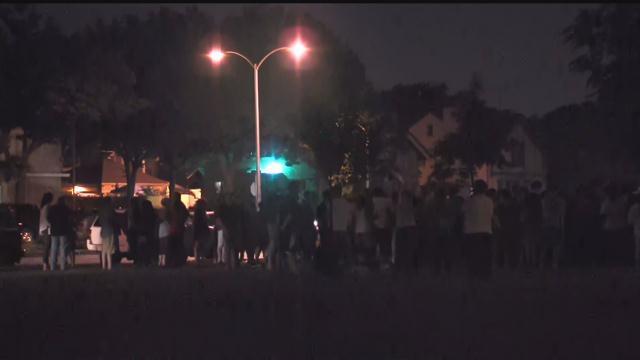 Some of the groups who had to leave Sherman Park, came to an area across the street.

This is where Sylville Smith's family has was selling food to raise money for his funeral. Smith is the 23 year old who was shot and killed by a MPD officer while running away with a gun in his hand.

For the most part things were peaceful here tonight.

A heavy police presence around the area, and we have reports that two men were taken in handcuffs. No word on whether they were arrested or why. When the second arrest happened that's when things got heated.

As you can see a large crowd moved across the street, people very upset that the young man was detained without a clear answer.

But after a few minutes that crowd slimmed down and people either dispersed or moved back to the fundraising area.

CBS’s 58 Amanda Porterfield spoken to many who've been out here trying to spread positivity, speak to the young people out tonight and encourage them. Everyone hoping that things stay relatively calm.