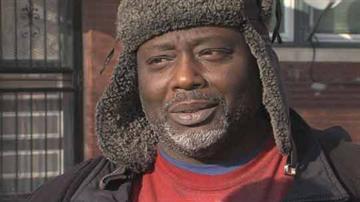 MILWAUKEE -  A 16 year old boy is charged with felony car theft in Juvenile Court after stealing a car with a baby inside. It happened March 7th at a gas station on 60th and Good Hope Road. A young mother left her 14 month old child in a running car so she could run in and buy some orange juice for the little girl. David Williams was going to pick up some bread at the station for his wife when the 24 year old mother screamed that someone stole her car with her baby inside. Williams chased down the stolen car to a parking lot at 74th and Good Hope Road. There the suspect was trapped in traffic and decided to flee the scene on foot. Williams not only flagged down police and gave them information about the suspect, but he also asked a woman to pick the mother up at the gas station. Minutes later mother and child were reunited. Williams says he didn't think twice because he knew he had to save the baby. Police arrested the suspect minutes later only a few blocks away. He's in Juvenile Detention until at least his plea hearing on March 19th.