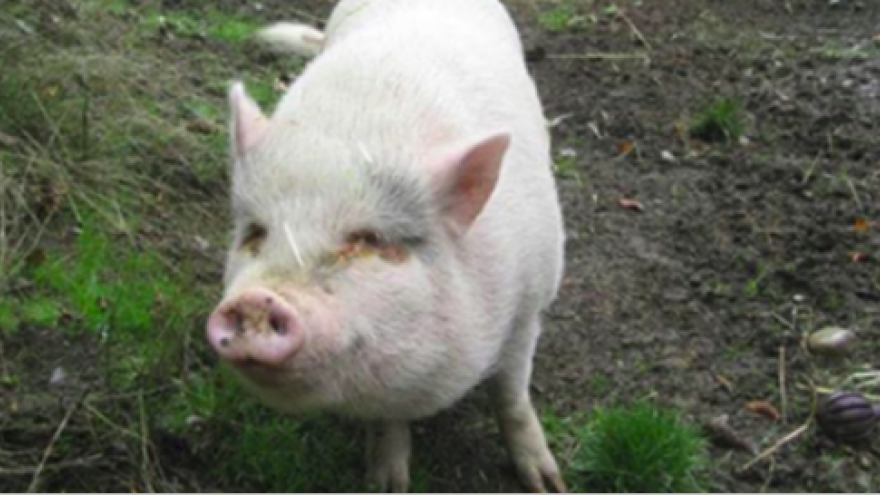 CBS Local — A man in Canada is reportedly receiving death threats after eating a pet pig he had adopted from the local SPCA. Animal adoption workers say they were shocked and heartbroken after the man allegedly broke a written agreement not to turn his pig into food.

The Vancouver Island man adopted one of 57 Vietnamese pot-bellied pigs which had been rescued from an animal hoarder in British Columbia last year. SPCA workers set the man up with Molly in January after the pigs were nursed back to health.

In a Facebook post that has already been deleted, the owner claims Molly was killed humanely after the 3-year-old pig attempted to break through a glass door and became aggressive with their dog.

“First reaction I’d say was shock. Heartbreak. You know, all the animals that come through our care or branches we get attached to,” Nanaimo SPCA branch manager Leon Davis said, via CBC News. “To hear that somebody did this to an animal that we worked so hard to make sure was healthy, and tried to get into a good home, is absolutely heartbreaking.”

Although Molly’s owner was vetted by SPCA officials and had to sign a contract promising not kill or eat the pet, the Nanaimo SPCA admitted it has no legal recourse it can take against the owner. Since the pig was the property of the Vancouver Island man at the time it was slaughtered, breaking the SPCA’s contract is not considered a criminal offense in Canada.

“I do feel remorse and regret for my actions, and I would like to ask that people stop sending death threats to me and my partner,” the deleted post under the name “Austin Manson Forget” read, according to CTV News. “If I could pay a fine to make people feel better I would, and I feel like the fact that I was not charged is where a lot of the anger is coming from.”

Molly’s former owner, whose identity has not been publicly confirmed, has been banned from adopting anymore pets from the SCPA’s 36 locations throughout British Columbia.