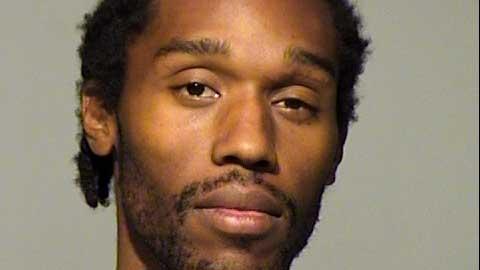 28-year-old Deandre Wise was sentenced Thursday morning as part of a plea deal.

Last August, prosecutors say Wise stole a Porsche in Glendale and as officers tried to arrest him he started shooting and officers returned fire.

At the end of the shootout both Wise and a Glendale Police Officer had been shot.

Wise was sentenced to 33 years in prison.

"There is no way I can be ready for the outcomes of this decision," the defendant said in court. "I want to use my last moments in court to apologize to all the victims."

Investigators say 13 shots were fired at the officer.

Innocent bystanders had to run for cover.

Officer Eric Guse who was injured by shrapnel that day said the incident will  stay with him forever.

"Our job is a dangerous job even more so today," Officer Guse told CBS 58 News. "The gun violence and the carjackings are through the roof. It happens all too often."

A full contingent of officers were in court to offer moral support.

Officer Guse hugged each and everyone after the sentence was handed down.