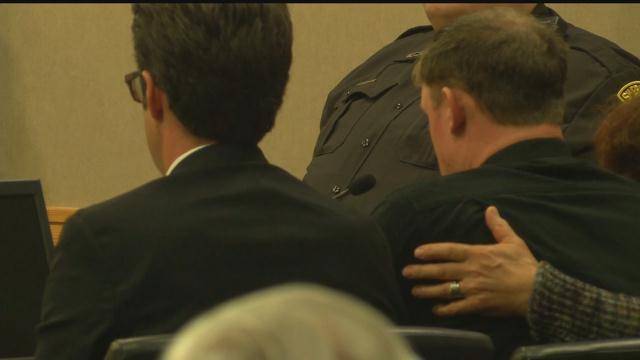 Adam Nehaus was sentenced to 2 and a half years in prison plus five years extended supervision for the hit and run death of Keith Habenicht.

The victim’s mom and sisters spoke at the sentencing, all expressed compassion and forgiveness for Adam Nehaus.

However the victim’s wife and kids both want Nehaus to get the maximum 5 year sentence.

Nehaus could barely keep his composure. When he took the microphone, he expressed his remorse.

The judge said he wanted to send a message to the community about doing the right thing, which he said Adam Nehaus did not when he left the scene of the crime.