Man sentenced to 12 years for stomping on, throwing puppy 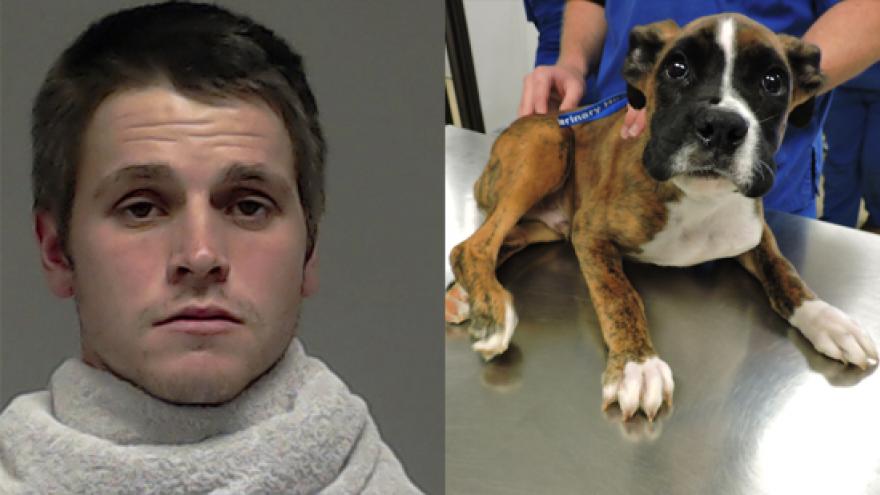 PLANO (CBS11) – A Collin County judge’s decision on Tuesday spoke loudly for a small victim with no voice by handing down a harsh sentence for a cruel crime.

The 27-year-old sparked outraged last May when he was arrested for stomping on and throwing a boxer puppy against a wall.

The dog suffered multiple broken bones and despite efforts to save it, vets were forced to euthanize the animal a few days later.

Workers with Wylie animal control brought a box with the puppy’s ashes to court in a symbolic display of justice.

Willis says the sentence sends a message that animal abuse will not be tolerated.

“The sense out there in our community, I think this is a true across the nation, is that animal cruelty will be tolerated there’s no excuse for it and can’t be tolerated,” says Willis. “So we need to send a strong message to people out there who abuse or hurt animals.”

The convicted defendant told authorities he attacked the dog during a fit of rage and regretted it afterward.

His 12-year sentence on multiple convictions will be served concurrently.

“There’s all sorts of studies out there that show a correlation between people who abuse animals will also hurt humans,” says Willis. “We have to make sure that we have an evidence-based prosecution. Sometimes things happen and we don’t have the evidence for a strong case. In this case, we did have the evidence and it helped.”