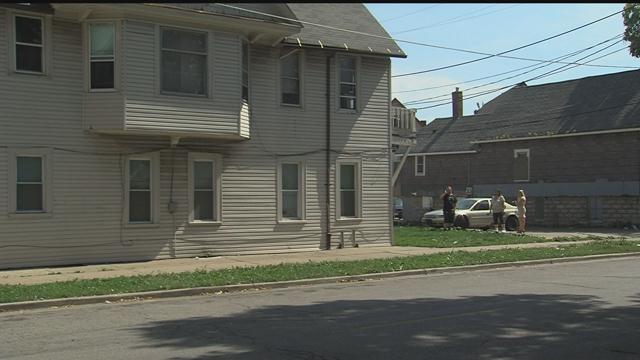 A Milwaukee woman wants to thank the man that saved her life this morning. She was woken up by a pounding on her door early Tuesday morning. A passer by was notifying the woman her house was on fire on S 21st St. in Milwaukee.

Christina Pena says she opened her door to find flames.

"I swung open the door and there's smoke and flames coming at me... I ran to the kitchen, got water, and tried to put it out," said Pena.

There were multiple small fire lit around the home. Milwaukee Police say the fire was started just before 4 a.m. They and Milwaukee Fire are investigating it as arson.

Pena was able to put the fire out by herself, and then called 911. While she was tending to the fire, the man who woke her up to warn her about the fire left.

She wants to find the man to thank him.

"He didn't just save four adult's lives; he saved three children. Three children. I want to thank this man, throw him a BBQ, buy him some drinks, or do both in his honor because if it wasn't for him at that time in the morning we could have all lost our lives," said Pena.

She says he was light skinned, wearing a hat and a gray t-shirt, and carrying a bag of food from George Webb.

The restaurant is right across the street from her home. She believes he was coming from George Webb when he saw the fire.

George Webb does have security cameras outside their restaurant, but the restaurant can't say if the man was caught on camera.

Pena says the home has multiple apartments, so the man saved her, other families, children and pets. MPD is still working to find a suspect and motive for the fire.