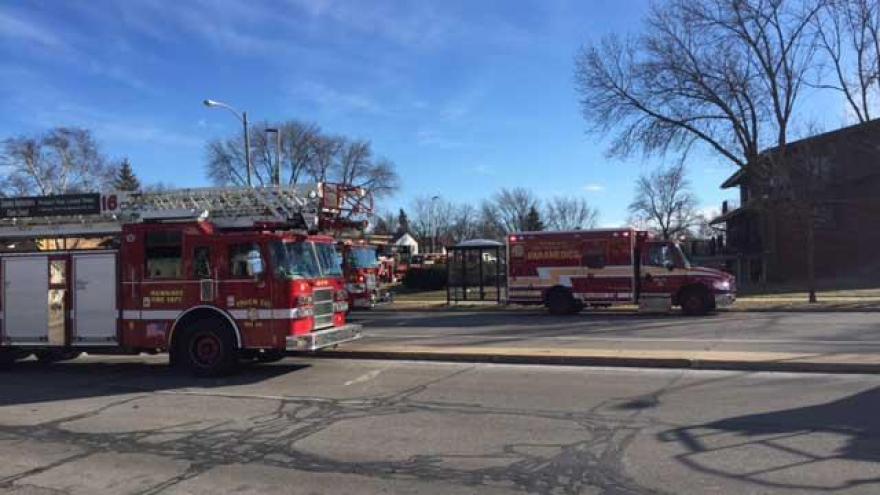 A Greenfield man is dead after a fire broke out inside his condominium unit Wednesday afternoon.

Greenfield firefighters were called to the scene at the corner of 84th and Howard just before 2:00. While extinguishing the fire, they found the man not breathing inside an upstairs unit.

"A victim was discovered and pulled out of the structure," says Lt. David Stabbe. "Unfortunately, the victim did not survive."

Walter Yates lives next to the man, who has not been identified yet.

"The fire department did bring the guy out, carrying him by his arms and legs, and they were trying to give him CPR," says Yates.

Firefighters say the man was pronounced dead on scene.

Yates says it's not the first time there's been a fire inside that unit.

"I didn't really know the guy, but about five years ago something happened up there and he had started some kind of a fire," he says. "It wasn't as bad as this, of course, but everyone got chased out of the building."

Fire investigators say the fire was contained to the single unit, causing about $150,000 in damage.

The Greenfield Police Department is investigating the cause of the fire.

An autopsy on the man is scheduled for Thursday.