Man charged in Bill Thao murder bound over for trial 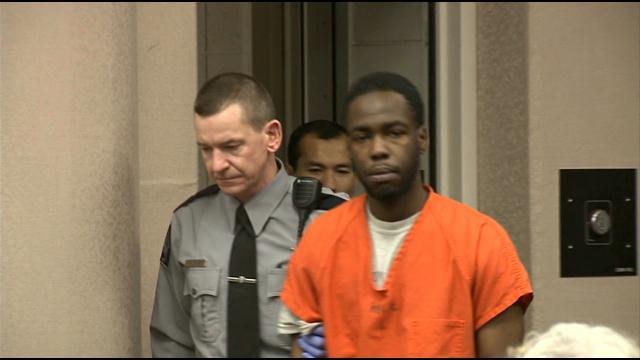 Emotions were running high when a Milwaukee man, charged with spraying a duplex with gunfire and killing a 1-year-old boy, returned to court.

Darmequaye Cohill, 21, appeared for his preliminary hearing Thursday morning. It was a typical proceeding for the defendant, but it was anything but for parents of Bill Thao. They sat right behind Cohill in court, coming face-to-face with the man police say stole their son's innocent life over a drug dispute.

Cohill remained quiet in his orange jumpsuit as Detective Matthew Bell testified in the case. He said this tragic incident all started the day before Thao was shot.

Bell said Cohill came back to the neighborhood the next day with a group of people to settle the score once and for all.

\"They raised their arms, pointing the firearms at the house of the victim, and discharged those firearms numerous times,\" said Bell.

The prosecutor then asked Bell, \"when you say the house of the victim, you're talking about 6427 north 73rd street?\"

\"Correct,\" Bell answered. \"Which is one house to the south of where Mr. Sanders was living.\"

Officers recovered more than 40 shell casings from both shootings, one of which struck and killed baby Thao. His parents did not talk after the preliminary hearing.

Cohill is charged with first degree reckless homicide. He'll be back in court for his arraignment on February 5th.