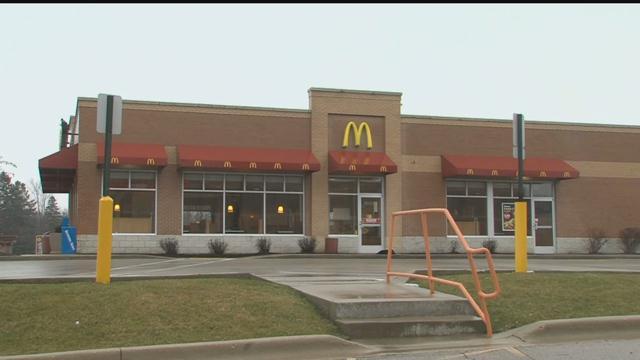 Gunfire outside a Kenosha fast food joint. A man was hospitalized after a shooting at the McDonald's near 18th Street and 30th Ave.

Everyone we spoke with has said the same thing: this is a quiet, safe area and they can't believe their neighborhood McDonald's was the scene of
such a serious crime.

Melvin lives just a few minutes from the McDonald's on 30th Avenue where this all happened.He comes here a lot because its a quiet place to get some work done.

"Right around some upscale housing with apartment buildings, very residential and typically nothing really happens in the area," said Melvin.

So he was quite surprised to find out that around 10:45 this morning a man was shot sitting in his minivan in the drive-thru.

"I'm a gun advocate, I believe as Americans we have a right to be armed but I also don't believe that you should go shooting someone on the street," said Melvin.

Kenosha police tell us multiple shots were fired into a minivan and off camera, witnesses told us the driver of that van, who was covered in blood, got out and went into the McDonald's to get help. Police tell us h was transported to Froedtert but have no update on his condition.

They also tell us the suspect ran from the scene but was caught a short time later and arrested.

The restaurant was shut down for a few hours while crews cleaned up but reopened around 3 PM.

Meanwhile neighbors say its a sad situation, especially happening a day after Christmas.

"I remember when I was younger especially around the holidays feeling the love and brotherhood among men and then seeing someone shot a guy...
It's interesting and indicative of our time and how we're changing as a people. Its a little gross," said Melvin.

There's still a lot of unanswered questions, like why this happened and also the identity of those involved. But we do want to point out police did confirm
that these two men knew each other before this all happened.