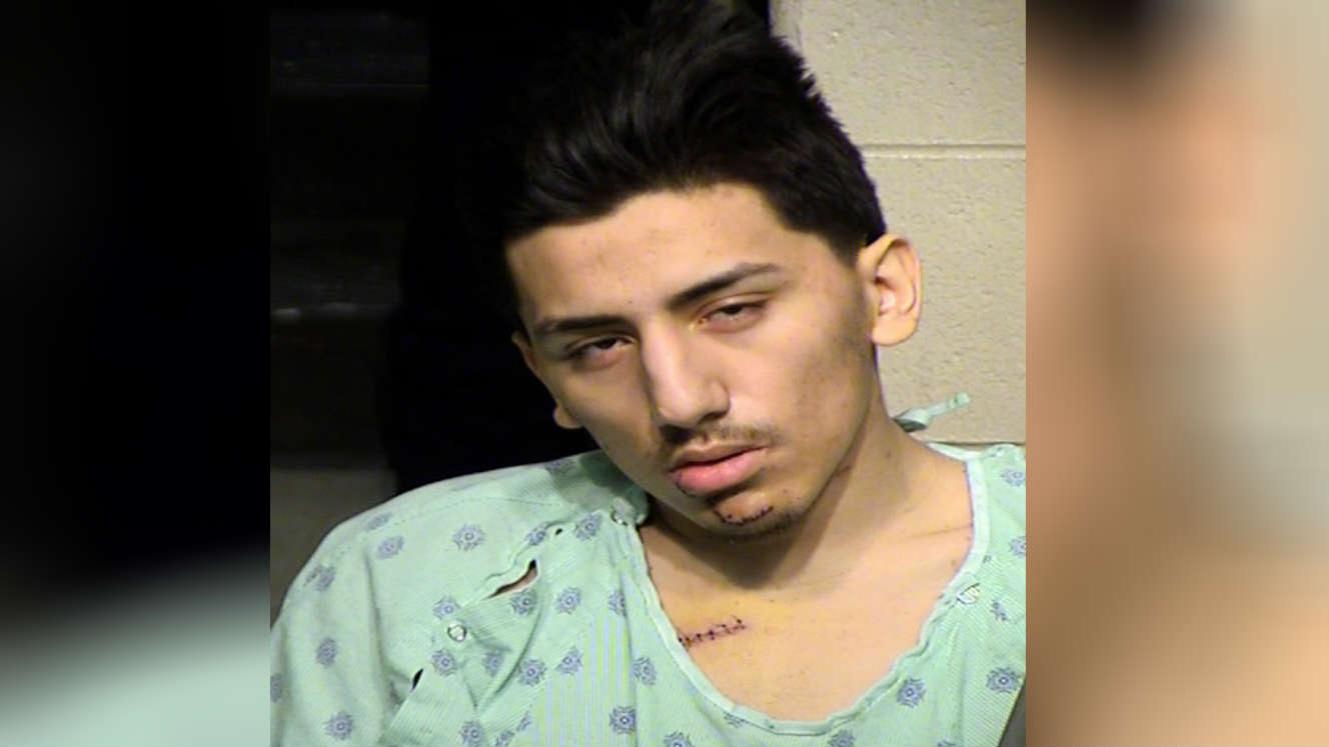 According to the criminal complaint, Garcia and his ex-girlfriend Alexia Dailey met in 2010. Dailey told police she ended the relationship in January 2015 after Garcia had become physically abusive during their relationship. She says Garcia text messaged and called her multiple time on January 22. In the complaint she says Garcia was upset after seeing her new boyfriend, Christopher Hamilton, in an online video.

The criminal complaint says Garcia came to Dailey's home on January 23 to play with his 5-month-old daughter Kairii. Dailey told investigators Garcia asked if they could get back together, and she refused. In the complaint, Dailey alleges Garcia lunged at her after denying his request to get back together. She says she felt a sharp pain, and Garcia allegedly began stabbing her multiple times in the face and neck.

Dailey's boyfriend Christopher Hamilton came to the kitchen to stop the stabbing incident. Hamilton told police he attempted to grab Garcia, and Garcia allegedly began stabbing him while saying, \"You ruined my life!\". Dailey's family friend Kucharczyk came to the kitchen to try and stop Garcia's alleged attacks. Hamilton told investigators Garcia began stabbing Kucharczyk, and Kucharczyk fell to the floor. Hamilton says he then grabbed a knife, and started stabbing at Garcia. The criminal complaint says this only resulted in Hamilton being stabbed several additional times. In the criminal complaint, Hamilton said he played dead to get Garcia to end his attack.

Dailey says Garcia eventually kicked in the bathroom door and began stabbing her multiple times. She told police Garcia said, \"I lost you forever! If I can't have you, no one will! They are all dead! I killed Kairii! I killed Paul! and I killed Chris! Everyone is dead and I'm going to kill you!\" The criminal complaint says Garcia then gave Dailey the knife and asked her to kill him, but she refused and fled the bathroom. Police arrived shortly after she left the bathroom.

If convicted on all four criminal charges, Garcia could serve life in prison.