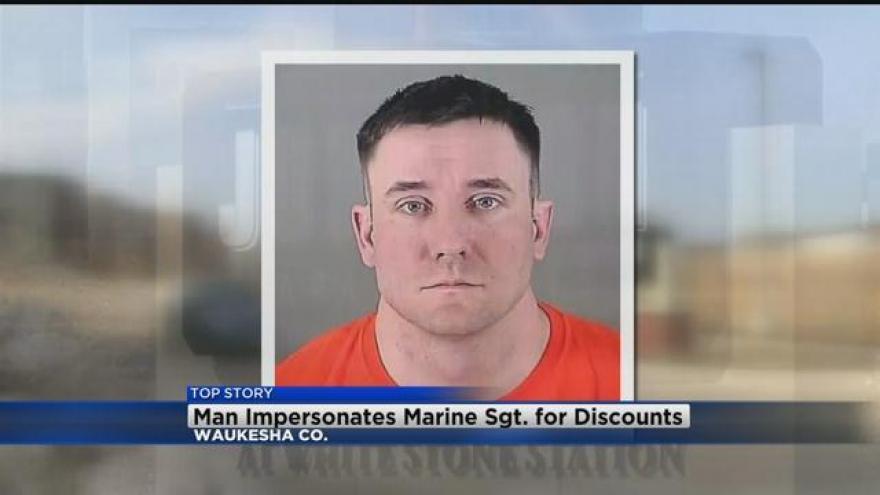 A man is facing four felony charges after lying about being a marine officer.

Waukesha Police say the man rented 20 apartments after saying he was "a platoon leader for the United States Marine Corps and needed the apartments to rent for
numerous Marines..."

None of that was true according to according a criminal complaint filed Friday in Waukesha County.

Brandon Blankenship was just impersonating a military officer. After moving Blankenship in, and putting 19 other apartments on hold for other military members,
management thought Blankenship's requests might have been fraudulent. They asked police to investigate.

Legal counsel for the Junction apartment complex is says Blankenship only got as far as he did because he was posing as a military officer, and they're outraged this man took advantage of the veteran community.

The complaint explains Blankenship showed a military ID and a letter of intent, but there was a problem with the letter head. It should have said: "United States Department of Defense-Department of the Navy."

But Blankenship made a typo -- misspelling United as "Unitede."

An employee told police Blankenship "...was very believable, but very forceful in his request."

Police also went to Blankenship's apartment to investigate two new cars the man had bought from a Milwaukee Toyota and a Toyota in Virginia with bad checks.

When police arrested Blankenship, he admitted writing bad checks and posing as a military officer to get free housing, saying, "he did not have any money when he got out of prison, so he had to write bad checks to get back on his feet."

Blankenship will be in court on Friday.