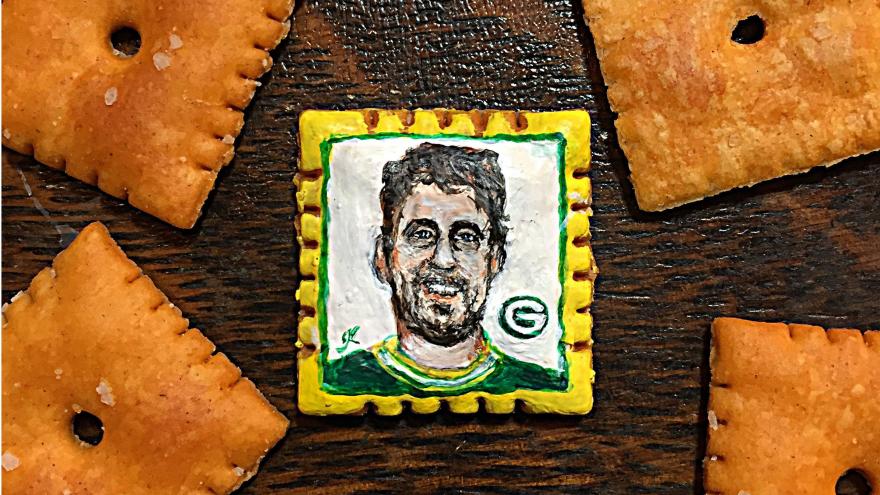 (WFRV)--Have you ever seen Aaron Rodgers painted on a Cheez-It®? Us either... Until now.

Just when you thought that these Aaron Rodger stories couldn't get any cheesier, Local 5 received a picture of the Packers quarterback on a cheese cracker.

John Kettman says that he finished his masterpiece Tuesday after becoming inspired after watching the Packers win on Sunday. He said that when he thinks of Green Bay, he thought of cheese and ultimately picked a Reduced Fat Cheez-It® as his canvas.

It took the artist from LaSalle, Illinois eight hours to finish his masterpiece.

Kettman tells Local 5 that this isn't the first person he's painted on a piece of food.

My painting of Carrie Underwood on a kernel of corn . @RollingStone @carrieunderwood @CountryMusic @popmusic__Fan pic.twitter.com/QZOgnOqYjN

And he doesn't just paint on food...