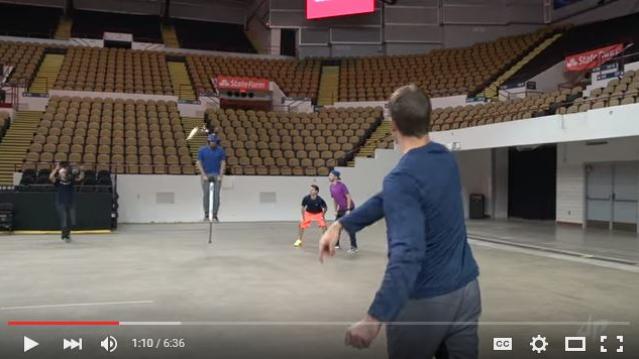 In the beginning of December we learned Aaron Rodgers would be in a Dude Perfect video. The YouTube stars feature a group of guys who do trick shots with all kind of sports.

During interview segments, Rodgers also revealed he is a huge Taylor Swift fan.