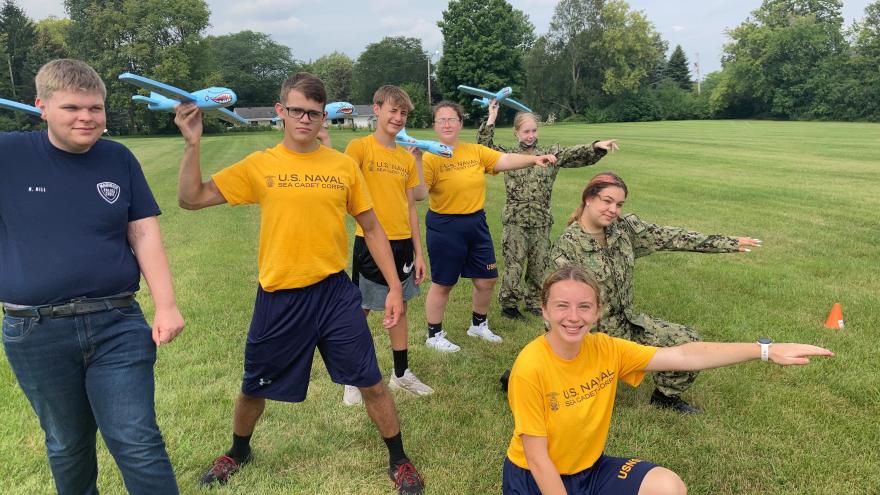 Sea Cadets are teens who want to sample military life without commitment.

Today in Brookfield, the cadets decorated glider jets, learned about aircraft carriers, and then became "Pilots."

The weather made it a challenge to launch their aircraft due to Saturday's low winds.

Milwaukee is one of hundreds of units across the country with thousands of sea cadets who go on to become leaders in the military government, and the private sector.

Cadets train on weekends just like the Navy Reserve and many get to train alongside active duty sailors and Coast Guard members.