Local player decides to enter into the NBA draft 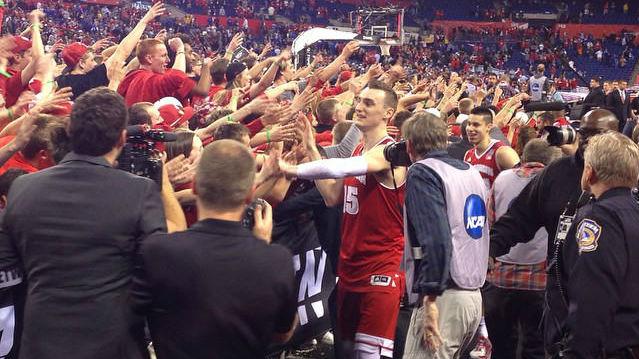 Sheboygan is the \"Cheers\" of cities because when it comes to Sam Dekker everyone knows, not only his name, but the star basketball player himself. The word is spreading quick, that Sam Dekker is leaving the Badgers for the NBA draft. Bob Derus refereed Dekker's game through high school.

Karl Berg, a junior at Lutheran goes to church with Dekker, and says it's inspiring for kids like him, trying to follow in his footsteps.

\"There's definitely not a lot of people who get that much fame around here, it's cool when you see them on TV and say your home town and you're like I'm from there.\"

One thing is for sure, as Dekker continues to climb, his loyal hometown fans will be glued to the screen.

\"We have a lot of pride with Sam here not just with myself but with staff and students here we just are happy to know Sam and wish him nothing but the best.\"