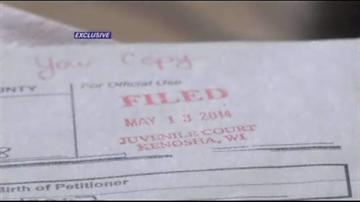 PLEASANT PRAIRIE -- Just three weeks ago, Brian Metzger's six-year-old daughter told him she was being bullied by another boy at Prairie Lane Elementary School.

In an exclusive interview with CBS 58 News, Metzger says it escalated to threats.

\"It started with 'I want to slit your throat and watch it bleed.' To her getting pushed around on the playground, getting rocks thrown at her.\"

Dissatisfied with the school response, Metzger filed a police report and filed a temporary restraining order against the boy, to keep him away from his daughter.

Although  officials at Kenosha Unified School District can't comment on specific cases, they told CBS 58's Sandra Torres they are aware of the issue.

Torres has also learned that a second family has filed a police report involving the same boy. They are also considering filing another restraining order.