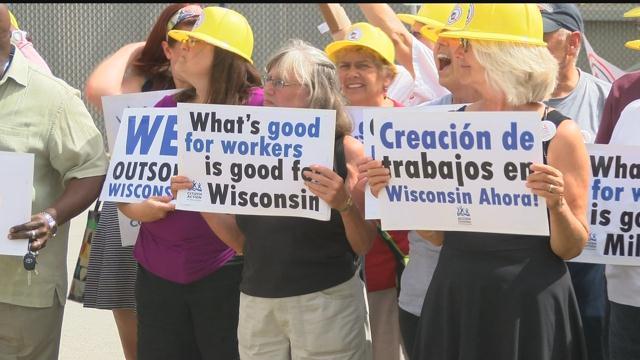 A local activist group is driving home its point about the loss of jobs in the Milwaukee area.

Citizen Action led a group to the Rexnord plant in Milwaukee's Menomonee valley on Thursday.

The group identified it as one of the companies that outsourced jobs, but at the same time accepting millions of dollars for job creation from the Wisconsin Education Development Corporation.

The group said it plans to tour several businesses that have done the same thing.

CBS 58 has reached out to Rexnord for a comment about today's demonstration.   We have not received a response yet.