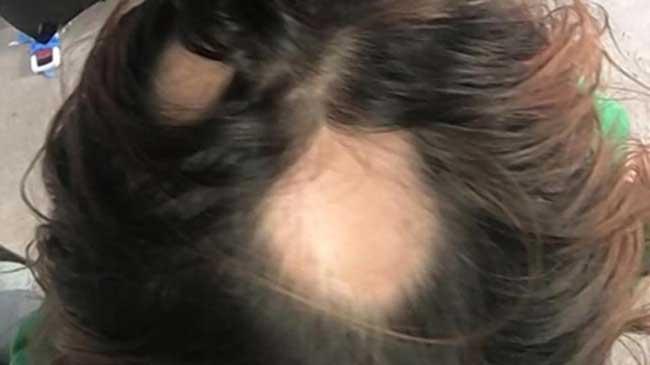 Brooke Shields swears by the WEN hair-care line, calling the shampoo and conditioning products her "new must-haves." Other fans include actresses Angie Harmon and Ming Na-Wen.

Unfortunately for hundreds of other women, the products have allegedly provided a lathering of pain rather than pizzazz, with claims that WEN's all-in-one products are causing their hair to fall out in clumps and leading to scalp irritation and rashes.

Created by hair dresser Chaz Dean, the WEN product line is hawked on QVC and sold on Amazon and Sephora. The company behind the hair-care line, Guthy-Renker, didn't immediately return requests for comment on the suit and its allegations.

While plenty of positive reviews for the WEN products exist on Amazon, other consumers allege that not all is squeaky clean when it comes to items such as its Sweet Almond Mint Cleansing Conditioner. According to a lawsuit filed earlier this year on behalf of 200 consumers, the products "contain an ingredient or combination of ingredients that cause significant hair loss, damage and other injuries."

The stories in the lawsuit are remarkably similar. Many of the plaintiffs say they saw the products advertised online or on TV as a type of miracle for hair, promising to make it healthier than ever. Instead, the plaintiffs claim a litany of problems, ranging from scalp irritation to extreme hair loss.

"In the shower when I squeezed the water out of my hair, I'd have handfuls of hair coming out," Dallas resident Susan Browning told CBS 11, a station in Dallas, last month. She said she had bought the product because it was advertised to help add body to thin hair.

"It looked like they had a weed-whacker taken to their head," Amy Davis, lead counsel for the plaintiffs in the case, told the station.

Davis said she believed the problem was the consistency of the product, which is like a lotion and may be harder to wash out than other products. It's possible that different formulas could mean some women are simply receiving different products, given that a WEN customer service representative wrote on WEN's support site in 2013 that the product sold via its informercial was "slightly different" than what was sold on QVC and at Chaz Dean's website.

The hair-care company denied the suit's allegations and noted in a statement to CBS MoneyWatch that it has shipped "well over 10 million WEN products" to customers since 2008. "There is no scientific evidence whatsoever to support any claim that our hair care products caused anyone to lose their hair," the statement continued. "There are many reasons why individuals may lose their hair, all unrelated to WEN hair care products. We will vigorously contest the allegations made against our products."

Both sides in the suit confirmed they are negotiating a possible settlement. "The parties are attempting to settle their differences and we have agreed to refrain from any extrajudicial statements in the meantime," attorney Davis said in an email to CBS MoneyWatch.

In the meantime, customers continue to post negative reviews about the product, with words of warning to people considering the product.

"Please don't be fooled by commercials and the paid actresses," one customer wrote on Amazon earlier this month. "This product leaves your hair damaged and it takes months to get your hair back to a healthy condition again."