Lara Trump: Melania and I both voted for Donald 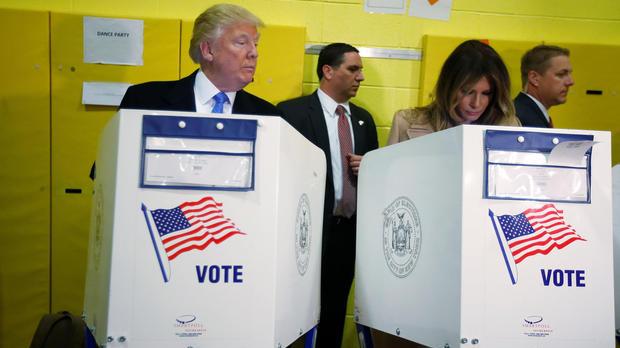 (CNN)Donald Trump's daughter-in-law Lara on Tuesday assured CNN's Erin Burnett she and Melania Trump had both voted for Trump when they cast their ballots in New York City earlier in the day.

The remark came after Burnett played videotape that appeared to show Lara Trump's husband, Eric, peeking at her ballot, and tape that appeared to show Donald Trump inspecting the ballot of Melania. Those videos rocketed around social media earlier in the day.
"I haven't even seen either of those," said Trump laughing. "I didn't know my husband was checking it out but I think we can all feel safe in saying Melania and I voted for Donald Trump for the presidency of the United States."
"That's very funny actually," she said, speaking on "Erin Burnett OutFront."
"It shows you the similarities that Eric and his dad share."

When you trust your wife to vote for you, but not really. pic.twitter.com/tLprW7iXI3

When you know you got the right answer but you just checking your friend's test to make sure pic.twitter.com/vR0RucJlSF