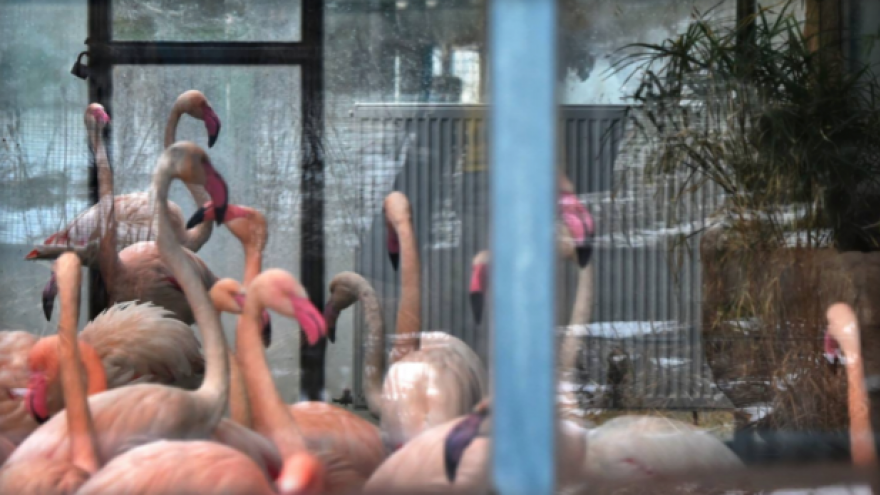 (CBS NEWS) A beloved 16-year-old pink flamingo was stoned and beaten to death at a zoo in the Czech Republic last Friday after a group of boys apparently snuck inside their enclosure, according to zoo officials.

The three boys, ages 6, 8 and 10, scaled a fence to get into the indoor flamingo exhibit at the Jihlava Zoo. Once inside, they picked up large rocks and threw them at the 60-bird flock, leaving several bruised, zoo officials told The Washington Post. The pink-feathered bird was hit with rocks and then kicked, which resulted in a broken leg, ultimately causing it to bleed to death.

“These flamingos will suffer,” Martin Malác, Jihlava Zoo spokesman, told Czech news website Info.cz. “They are fragile and if they break a leg, it’s usually the end because the bird will bleed to death.”

A technician who worked near the exhibit heard an “unusual sound” and saw the boys as they ran from the area, The Washington Post reported. Another employee called the police, and they were eventually caught.

Malác said the 16-year-old flamingo was one of the zoo’s “best males” when it came to breeding. He fathered at least eight young birds.

This isn’t the first time a flamingo at the zoo has been attacked. About 15 years ago, someone reached into the enclosure from the sidewalk, picked up a bird and broke its leg, Malác told Info.cz.

“I don’t know why [people choose] flamingos,” he said.

Last week was particularly devastating for zoos around the world — there was also a brutal attack on a rare white rhinoceros.

On Monday, poachers broke inside the Thoiry Zoo near Paris overnight and killed a 5-year-old rhinoceros named Vince. The zoo’s director Thierry Duguet said the poachers shot the rhino three times in the head and used a chain saw to remove the animal’s horn before fleeing. The suspects have not been caught.

In the attack on the flamingo, the children were all caught on security cameras and local police were able to apprehend them quickly.

A police spokesman told Info.cz that the case is still under investigation, but because they were all under the age of 15 they most likely won’t face charges. However, their parents may face up to $2,000 in damages from the Jihlava Zoo.

“The price of a breeding piece also coming from wild nature is incalculable,” the zoo told The Washington Post in a statement.