Kenosha's New Plowing Policy to be Tested During the Storm 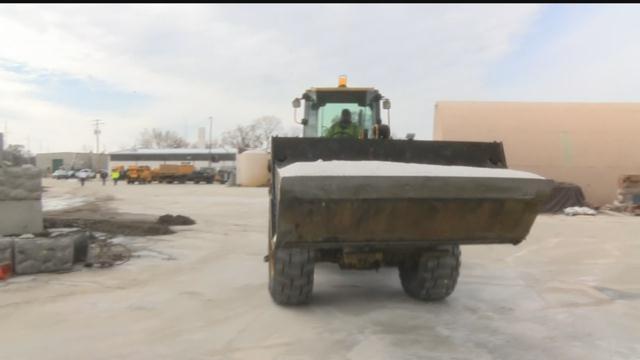 Road crews here are expecting the snow to start falling any moment now, but don't think there will be any accumulation until later this evening closer to 9 PM.

All the trucks are loaded with salt at the Kenosha garage prepping for five to seven inches of snow tonight.

"It's only been operational this year so we're still doing analysis. We have used less salt doing anti-ice. That is what we're finding,” said Acting Public Works Director Shelly Billingsley.

"It is our salt routes in which we do drop the plow when needed. We do have a new policy which is full plow run at two inches instead of four inches. So we will be acting at two inches were anticipating right now around 2:00," said Shelley Billingsley, Acting Public Works Director.

The change comes after complaints of messy roads that were never plowed because they didn't quite make the 4 inch threshold.

During full plow mode, up to 45 city vehicles will be clearing the roads.

For now Kenosha city staff does not believe the additional neighborhood routes will be more than they or their overtime budget  can handle.

Kenosha’s policy is still within 24 hours of end of snow we should be done will all the streets.

The new resolution also adjusted overtime pay was determined for plow drivers. However, many of them are scheduled for tonight's snow event, and they are only on-call for if the snow starts getting bad earlier than they were expecting.