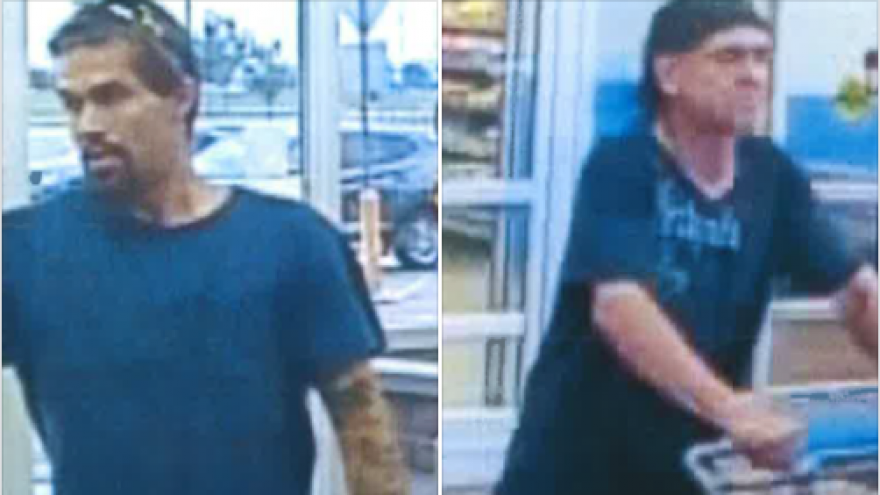 The Sheriff's Department says the incidents occurred primarily in the western portion of Kenosha County on the night of June 20 and into June 21.

The first suspect has several tattoos covering both arms and appears to drive a dark-colored sedan. He was last seen wearing a blue shirt and khaki shorts.

The second suspect was last seen wearing a black shirt and a hat. He possibly has a tattoo on the right portion of his neck and the upper forearm portion of his left arm.

Image may contain: one or more people

Anyone with information is asked to call the Kenosha Sheriff's Department at 262-656-7333.