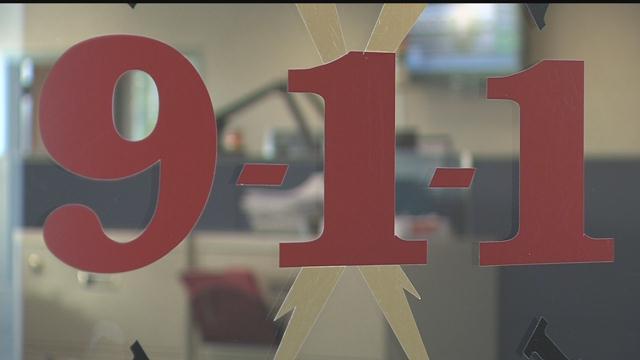 KENOSHA, Wis. (Sept. 16, 2015) -- When seconds count and your, or your loved one's, life is on the line, you want to make sure that call for help is answered. Kenosha wants to spend around $1 million to replace their aging 911 call system. It's a vital tool, a lifeline between you the person trained to help you, but the problem is it's very outdated.

"The current system was installed around 1998, 1999," said Joshua Nielsen, communications manager for Kenosha Joint Services. "That system is reaching it's maintenance end of life. Parts will begin, at some point in the future, to become hard to find."

In other words, if something breaks and a part can't be found to fix it, that could put your life in danger. So, Kenosha is being proactive instead of reactive considering they received tens of thousands of calls last year alone. But, what if you're in a situation where calling 911 isn't an option.

"You go around the country, you're gonna find 911 centers out there that are taking text to 911 calls, our current technology is not capable of doing that," Nielsen added.

Having a reliable 911 system is important to Susan Vandermeer.

"I come from a big city, or bigger city, Minneapolis, and we have a great 911 system so it would be great if they brought it to date, for sure," she said.

Kenosha officials are trying to figure out where the money will come from to pay for this, but Nielsen says everyone agrees a reliable system has to be in place.

"We can't not answer a 911 call, we can't not get that call for help and do something with it, so this is why the system needs to be replaced," Nielsen said.

Before this can become reality, there is still a bidding process that has to happen, but if all goes as planned the old system could be replaced by the end of next year.