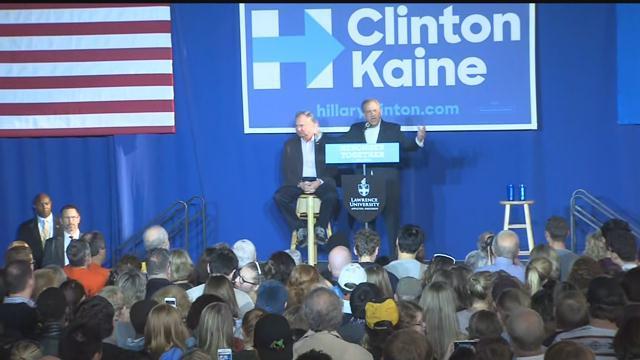 A new tracking poll out today has Donald Trump up by one point.

While Kaine didn't directly reference any polls-he did let the crowd know this is a tight race.

He made reference to Russia interfering with the election.

The Clinton campaign believes Russia is behind the hack of campaign emails released by Wikileaks.

Kaine told the crowd the race is close and they need to get out and vote to send a message “You can't take anything for granted because we haven't had an election like this where another country is trying to interfere.”

Kaine was joined on stage by Russ Feingold who is in a tight race with Sen. Ron Johnson.