The month of July has officially ended and August is officially here! July had some soaking days, but overall the month ended in a rain deficit. The 3.17" of rain we picked up in Milwaukee is exactly a half inch below the 3.67" average, but it was wetter than last year. With a slightly drier July, rainfall since June is almost exactly average and we are still about 4.50" above-average on precipitation since January 1. 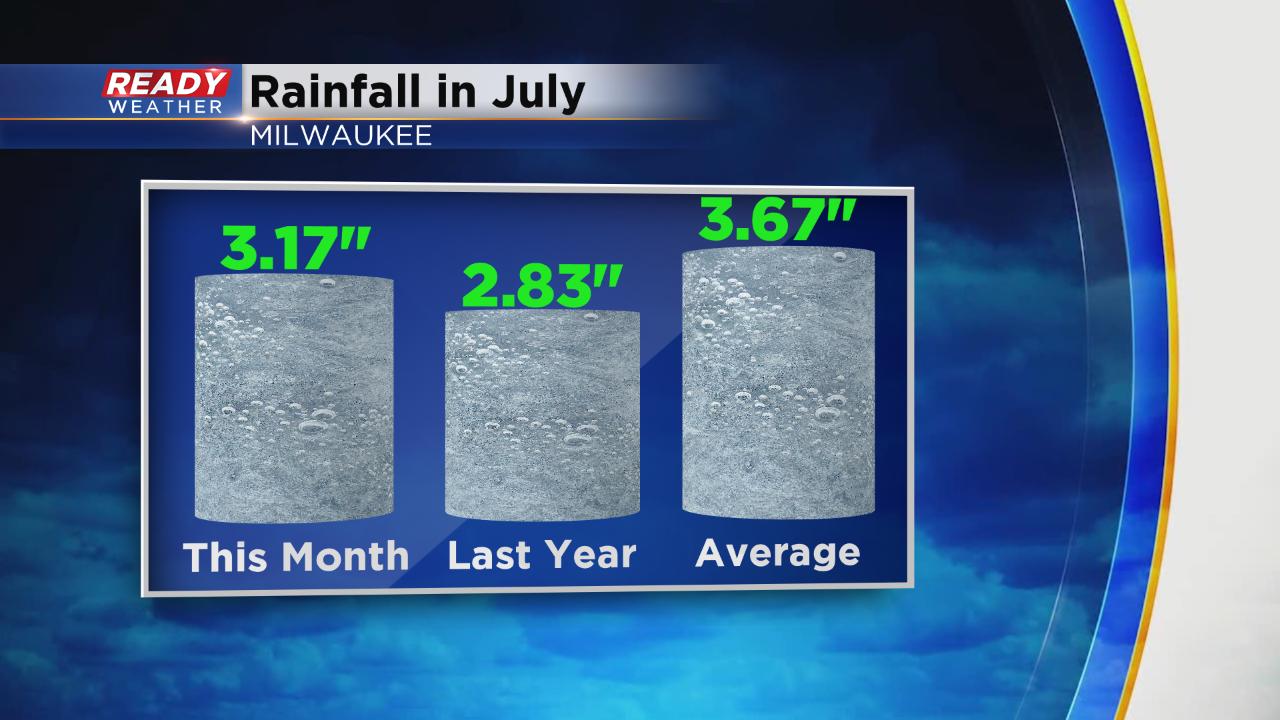 July may not have been wet, but it was certainly hot. We saw nine days in the 90s during the month including a 94° day on July 10th. By the end of month July, 2019 went down as the 13th warmest July on record. We had been in the Top 10 but a cooler end to the month dropped the average monthly temperature. 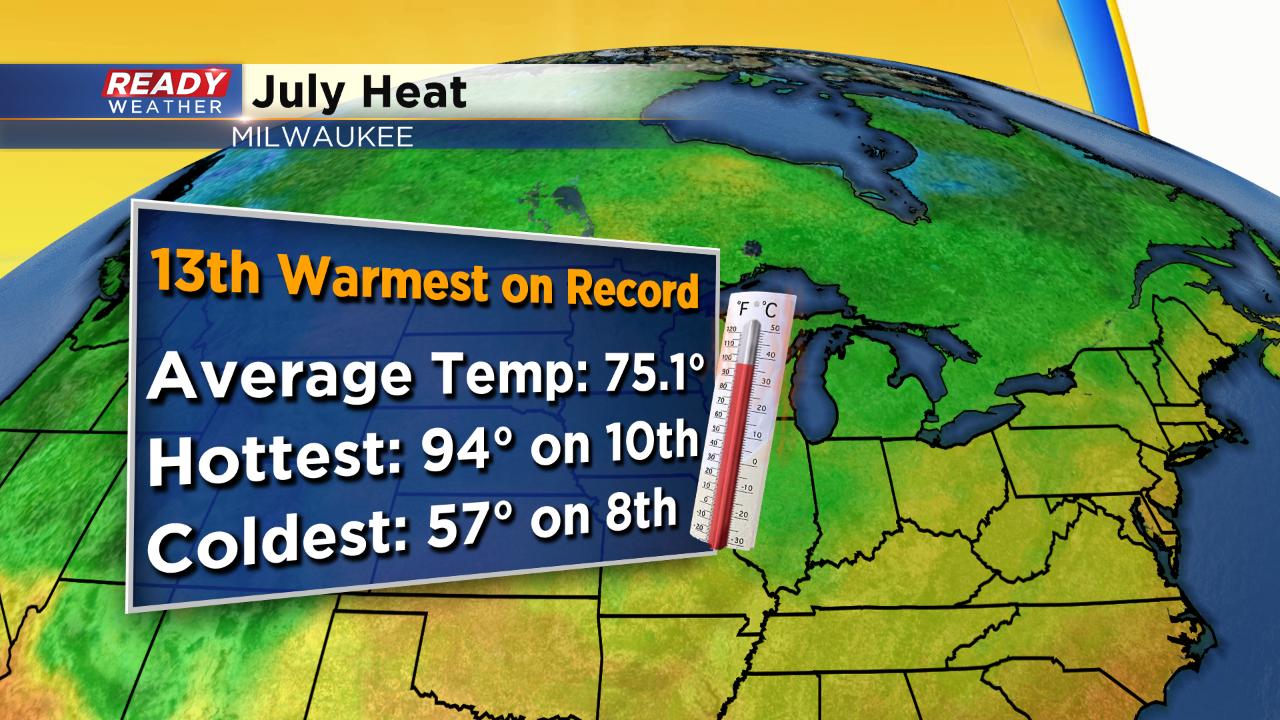 August is the month when the average temperature starts to drop. After an average high of 80° for almost all of July, the average high drops to 79° on August 5 and by the end of the month is 76°. August is the wettest month on average seeing just less than 4" of rain. You'll also notice us losing more daylight. By the time August 31st rolls around the sunrise is after 6 a.m. and sunsets before 7:30 p.m. In total we lose an hour and 18 minutes of daylight. 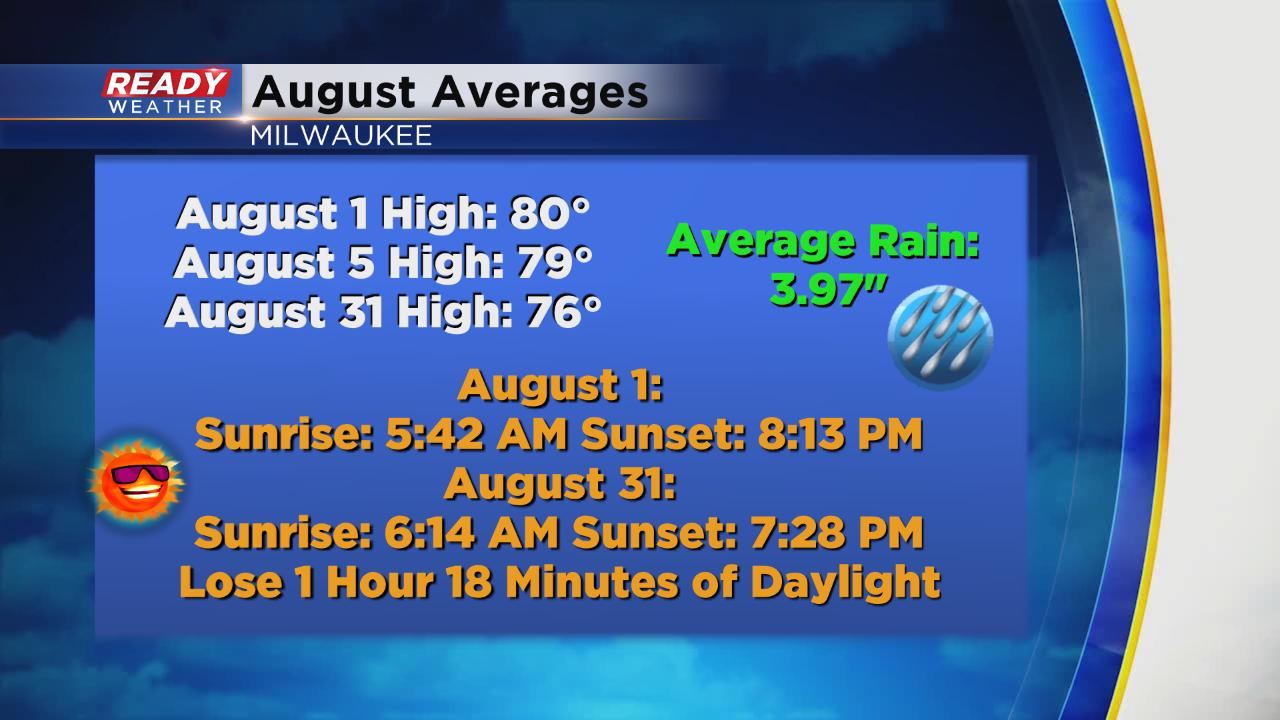 Download the CBS 58 Ready Weather app to see how temperatures compare to those averages.