Judge Orders Kentucky Clerk to be released from jail 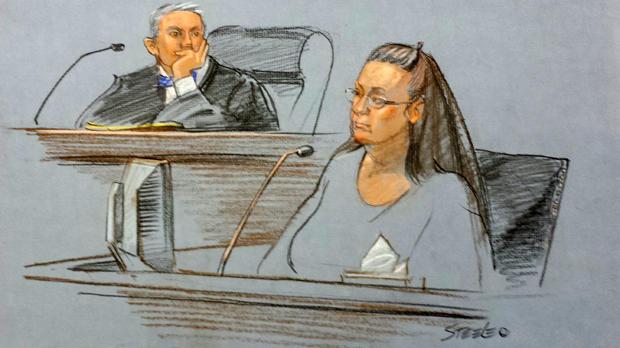 (CNN) Judge orders Kentucky Clerk Kim Davis to be released from jail.
Republican presidential hopefuls Mike Huckabee and Texas Sen. Ted Cruz are both set to meet Tuesday with Kentucky clerk Kim Davis in the jail where she's been kept over her refusal to issue same-sex marriage licenses.

Cruz will meet with Davis first, and Huckabee will follow up his visit with a rally protesting her confinement.

Their visit has drawn criticism from some of their rivals for the Republican presidential nomination.

\"Frankly, I don't think you should grandstand on this stuff,\" New Jersey Gov. Chris Christie said on \"Fox and Friends\" Tuesday morning, referring to 2016 candidates planning to visit Davis.

\"Look, everybody is entitled to their opinions, and I love Mike Huckabee and what he stands for. But I just think there's bigger fish to fry here in terms of people understanding what faith in God really means,\" Ohio Gov. John Kasich told reporters in Maine on Tuesday. \"I don't agree with Court's decision but I had said I was going to accept the court's decision.\"

Also on Tuesday, her lawyers filed a motion with the circuit court asking them to set aside the contempt order temporarily as her appeal works its way through the system.

One of her lawyers told CNN that, while her imprisonment was appealed, she was reading the Bible in jail and \"exudes gentleness and peace.\"

Christie on Tuesday offered an alternative to jailing Kentucky clerk Kim Davis for refusing to issue marriage licenses to same-sex couples: Move her to another job.

And if she refused to switch positions?

\"Then there's going to be an issue, but I think we should give her an option to do another job where her religious concerns are not going to be put into the crosshairs on this. So we have to have respect for people, but the government also has to function,\" he said.

Albeit a hypothetical situation, Christie would have trouble with his alternative proposal because clerks are elected in Kentucky.