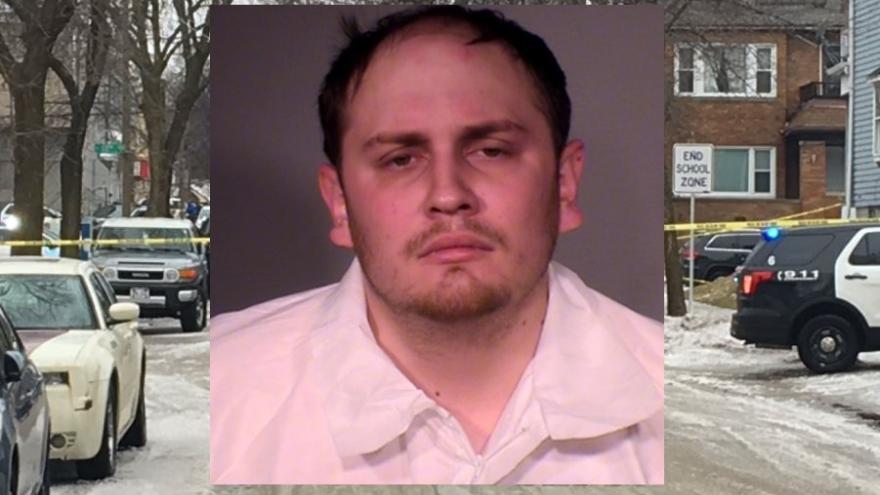 MILWAUKEE (AP/CBS 58) — Prosecutors were reviewing evidence Friday to determine whether charges will be filed against a 26-year-old man suspected in the fatal shooting of a Milwaukee police officer.

Thirty-five-year-old Officer Matthew Rittner was shot Wednesday while serving a search warrant and Jordan P. Fricke was arrested soon after. Police said Fricke was the target of the warrant, and was wanted for the illegal sale of firearms and drugs.

Rittner was the third Milwaukee officer killed in the line of duty in eight months.

District Attorney John Chisholm said prosecutors have up to 72 hours from the time of a suspect's arrest to issue charges in a case, and they have the option of going to court to seek more time. Charges could come as soon as Sunday.

Fricke is expected to make his first court appearance tomorrow. He's being held in the Milwaukee County Jail on a $500,000 cash bond.

A woman who answered the phone at Fricke's house on Friday hung up when reached by The Associated Press. It was not immediately clear whether Fricke had an attorney to speak on his behalf.

According to medical examiner reports, Fricke's mother killed herself when he was a child. His brother died after a night of drinking in 2015, when he sat or laid down in the middle of a street and was struck by a hit-and-run driver. The medical examiner ruled that death a suicide.

Fricke's father, Dallas Fricke, was not involved in his son's life. He was sentenced in 2005 to 11 years in prison for burglaries and possession of drugs and a firearm. Court records show he was released early on extended supervision, but later died.