UPDATE: Officer shot and killed near 12th and Dakota identified as Matthew Rittner

UPDATE: Officer shot and killed near 12th and Dakota identified as Matthew Rittner

The suspect is identified as 26-year-old Jordan Fricke. 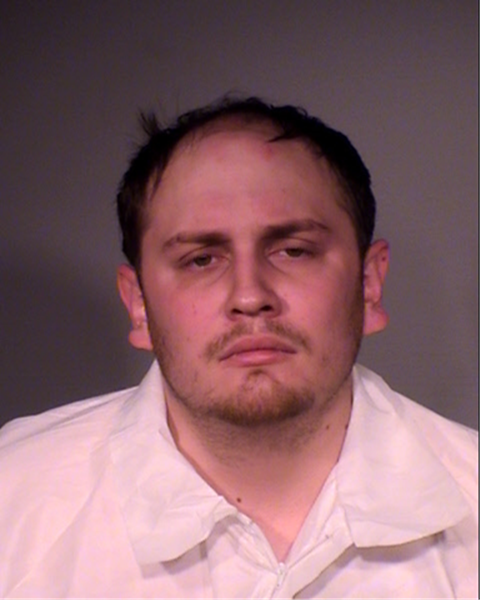 Online court records show Fricke has faced a number of traffic-related offenses, including OWI. He has not yet been charged in Officer Rittner's death, although Milwaukee Police say the case will be presented to the Milwaukee County District Attorney's Office in the coming days.

Rittner is the third Milwaukee police officer killed on the job in the last eight months. The department had previously gone more than two decades without a line-of-duty death.

Milwaukee Police have been made aware of benefit accounts, but have not been able to validate any of them and are asking the public to hold off donating until a benefit has been verified. They have also been made aware of some people selling merchandise on behalf of Officer Rittner, but that has been done without the permission of the family.

MILWAUKEE (AP) — Police are collecting evidence at a Milwaukee home where a police officer was fatally shot while serving a warrant.

Officers have cordoned off part of the residential neighborhood where 35-year-old Officer Matthew Rittner was killed Wednesday.

The 17-year police veteran was shot as members of Milwaukee's Tactical Enforcement Unit served a search warrant on someone suspected of illegally selling firearms and drugs. Investigators say a 26-year-old suspect fired several rounds. He was later arrested.

Police Chief Alfonso Morales says investigators hope to wrap up their work at the scene Thursday. Rittner's autopsy also is expected to be completed Thursday.

Rittner is the third Milwaukee police officer killed on the job in the last eight months. The department had previously gone more than two decades without a line-of-duty death.

According to police, members of the Tactical Enforcement Unit responded to the area of 12th and Dakota around 9:17 a.m. to conduct a search warrant for a suspect wanted for an illegal sale of guns and drugs.

Officer Rittner was immediately taken to Froedtert Hospital where he died from his injuries.

Police took 26-year-old Jordan Fricke into custody in connection with the shooting.

“Extremely courageous, professional human being who served our country and his community with great pride,” said Milwaukee Police Chief Alfonso Morales during the press conference.

Officer Rittner began his career as a Police Aide in 2001. He dedicated 17 years to the Milwaukee Police Department.

He leaves behind a wife and a young son as well as a brother, mother, and father-in-law.

“To my officers, I’m asking you to reach out to one another and keep Matthew’s family in your prayers. We're all in this together. Milwaukee, I'm asking you to keep us in your prayers as we mourn another one of our own,” Chief Morales said. He continued in a statement, "Office Rittner is the third officer we have lost in the line of duty during a short eight month period after going approximately 22 years without a line of duty death. Yet again, we are mourning the loss of another dedicated member."

Milwaukee Police said in a press release that the officer is a 35-year-old man who is a 17-year veteran of the force. He was fatally wounded when shots were fired while executing a search warrant.

The 26-year-old suspect from Milwaukee has been arrested.

MILWAUKEE (CBS 58) -- During a press conference Wednesday afternoon, Milwaukee Mayor Tom Barrett announced that the officer was killed while executing a search warrant.

The identity of the officer is not being released at this time, because some family members still need to be notified. The officer is a 35-year-old man who was a 17-year veteran of the MPD.

The arrested suspect is a 26-year-old man from Milwaukee.

The Department of Criminal Investigation is investigating the shooting.

MILWAUKEE (CBS 58/AP) -- The Milwaukee County Medical Examiner has been notified that the Milwaukee Police Officer has died.

The officer was pronounced dead at Froedtert Hospital after being shot near 12th and Dakota. The officer was serving a warrant when he was shot and killed.

There is a growing police presence at a Milwaukee hospital where an officer was taken following a shooting on the city's south side.

Officers from the Milwaukee Police Department and other suburban agencies gathered at Froedtert hospital where the officer was taken following a shooting about 9 a.m. in a residential neighborhood.

MILWAUKEE (CBS 58) -- Milwaukee Alderman Bob Donovan tells CBS 58 that he has been told the officer has died.

Neither Milwaukee Police or the Medical Examiner or Froedtert Hospital are confirming that the officer has died.

Dozens of police officers from Milwaukee and surrounding departments have gathered at Froedtert Hospital. A press conference is expected early this afternoon.

The reported death comes less than a year after the shooting death of Milwaukee Police Officer Michael Michalski on July 25, 2018 and the car crash death of MPD Officer Charles Irvine Jr. on June 7, 2018.

CBS 58 will carry the press conference live on air and online.

MILWAUKEE (CBS 58) -- Milwaukee Police have tweeted that a "critical incident" happened on the south side of Milwaukee Wednesday morning.

The Milwaukee Police Department is investigating a critical incident that occurred on the South side of Milwaukee. MPD is available for the media at 11 am at 10th and Oklahoma.

Froedtert Hospital confirms they are treating a Milwaukee Police Officer for injuries.

Milwaukee Public Schools says that Zablocki Elementary School was placed on a temporary lockdown due to the shooting, but it was lifted after they were told that a suspect was arrested.

MILWAUKEE (CBS 58) -- Milwaukee Police have confirmed to CBS 58 that an officer has been shot near 12th and Dakota.

The condition of the officer has not been released.

The shooting was reported around 9:45 a.m. Wednesday.

CBS 58 has multiple crews on scene. Milwaukee Mayor Tom Barrett has arrived at the scene.

Milwaukee Police officer shot near 12th and Dakota. @MayorOfMKE on the scene pic.twitter.com/ce7x4FG5CN